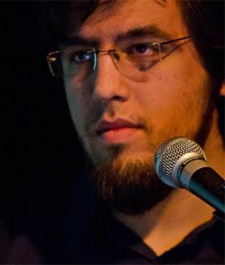 Vlambeer's Rami Ismail has expressed disappointment with GameOn the 10 million fund designed to invest in game startups across the Netherlands  claiming the venture could end up harming rather than helping the Dutch development scene.

Taking to his blog in response to an interview with the Dutch Ministry of Economic Affairs published on VentureBeat, Ismail argues the fund is only interested in 'scalable' and largely free-to-play focused outfits, shunning the leagues of indie studios operating within the Netherlands that could benefit from the cash.

"Vlambeer and myself get mentioned over and over as examples of what's right about the Dutch development scene, but then discarded as non-scalable when the question arises why not to invest in independent games," Ismail notes in the post.

"Non-scalable? We have an average ROI of over 500 percent, we've never made a game that earned less than the previous one by a margin of at least 150 percent, we've been stable, we're visible and we're a respected, award-winning company.

"Every game we made added a tiny slice of money to our monthly revenue, and we were already way in the green when Ridiculous Fishing launched. Vlambeer can scale, we just opt not to."

It's claimed the F2P-focus of such outfits gives them an advantage over Dutch developers that have been 'schooled' to focus on paid releases.

"We could have anticipated better on things like when free-to-play kicked in full force," details te Brake.

"Developers were trained in schools  we have very good schooling, very good incubators  but they were all trained to become number one in pay-to-play games. That's a completely different model.

"It's less scalable, because if you do free-to-play well, you have companies that may fail on their first or second game, but if they're agile enough, with the right mentors, they can grow.

"You can see all these success stories on your radar, whether it's Kabam or Supercell or Rovio."

In reply, Ismail says that focusing the fund on free-to-play  which, he points out, is currently "undergoing scrutiny in the European Union and has the same amount of problems that premium has with becoming sustainable"  means the studios making waves with premium games are set to be neglected.

"It's nice to use Rovio, Zynga and Supercell as examples, but you're glancing over the thousands of hopeful investors that fall under that 2012 figure with a 94 percent industry mean income of less than $1,200 a year," he adds.

Ismail also calls into question GameOn's intention to spend a portion of its money on attracting foreign companies to set up base in cities like Amsterdam.

"Not only is that a terrible way to foster a local development scene, it also means that the money is directly headed out of the country, creating temporary jobs that will last as long as the money is there, instead of structurally supporting a burgeoning independent scene," adds Ismail.

"The Netherlands have great entrepreneurial support, but if I want to support independent game dev, I still have to ask foreign companies."

Crucially, Ismail points out that Vlambeer itself isn't seeking investment from GameOn and isn't looking to scale beyond its current set up.

Rather, his concern is that the fund is focusing on turning the Netherlands VC hub, encouraging venture capitalists to pour cash into studios looking to serve up the next Clash of Clans before cashing out, rather than injecting much-needed money into the wider independent development scene.

In short, GameOn's fund is doing the opposite of what it should be doing  investing in sustainable businesses that could offer the Dutch development scene a sense of stability longterm.

"I understand the need to grown the industry economically, but there are ways to do that without essentially forgetting about local companies and then creating competition for them from outside of the country," he concludes.

"This isn't how you create 'creative startups', this is how you stifle them.

"I'm happy that the government is spending money on games, and I'd like to congratulate the people that made this possible on their efforts and hard work.

"I'm just fundamentally disagreeing with how the entirety of this extremely valuable money seems to be spent, rather than distributing it over potential and obvious growth sectors in our industry  both economically and culturally."