Going to the next level 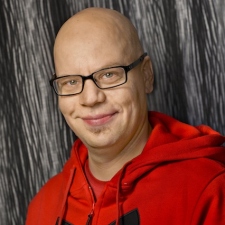 Such has been the evolution of Rovio that, though the Finnish firm started life as an indie like any other, it's recently been dipping its toes into the publishing pool.

Rovio Stars – its selective but notable indie outreach, if you will, delivered the likes of Icebreaker: A Viking Voyage (which has now since left the Rovio stable) and Juice Cubes – has been followed by a publishing wing focused on apps aimed at children.

It doesn't stop there, however. As Jami Laes, EVP of Rovio's global games operations, told us sat outside a swanky Covent Garden hotel, the firm is about to launch a new arm – LVL11 – with the intention of taking the company into areas of the mobile business it's never been.

We talked to Laes about just what LVL11 is looking to do in the months and years ahead, and just what this says about Rovio's broader intentions:

Pocket Gamer: We're here to talk about your new venture at Rovio, so could you give us some details as to just what it is?

Jami Laes: We've always been doing a lot of things at the same time, even though we're of course most known for Angry Birds and Bad Piggies and the Angry Birds universe. But what people don't know is that we've been very busy, working on a lot of different things.

Some of those things are so different that we wanted to package that in a different way with a new publishing title.

While we have people making Angry Birds, in the next room there are the guys dreaming completely new things. Some of those things are so different that we wanted to package that in a different way and come up with a publishing title for it, a publishing label if you will. We decided to call it LVL11.

LVL11 for us is kind of a magical place. We actually had a place called LVL11 where there was a lot of collaboration involved with lots of different people, from different walks of life, some unicorns, some rainbows, some waterfalls... and they were building new things, new magical things.

So we wanted to take part of our heritage, and part of cultural influences, and take it to - pun-intended, by way of Spinal Tap - LVL11, to really show the world the new and experimental things that we've been working on internally, and start publishing games under Rovio LVL11 to make it clear that it's different from Rovio Stars and it is different from what you would expect from the makers of Angry Birds, to kind of set it apart.

So these are games that won't really be a part of the Angry Birds IP - they're "experimental", you say? What sort of experimental are we talking about? Is there a particular focus? You mentioned Spinal Tap... is this a more rocky, mid-core thing for traditional gamers, or more casual focused?

It's more just that we wanted to make sure that we have. Just like Rovio Stars is a great publishing arm for us for different types of games, we wanted to have internally the same kind of vehicle for us where we can have clear communication internally and externally that this is a LVL11 game, which might be a lot of different things.

It might be casual, it might be hardcore, but it's always great and fun and there's something to it that we've found internally to be so interesting that we want to put it out there to the market.

So what is the benefit of not publishing these games through the main Rovio label?

Well it is Rovio LVL11, and it's still published through us. It's more like a soft label. We just want to make fun, we want to do things differently, and maybe disrupt ourselves, and disrupt the market a bit, so we want to come up with something funny, something to kind of set it out apart from Angry Birds a bit more.

How much is that segregation actually going to happen? There's a lot of cross promotional power across Rovio Stars, across Rovio games, you've had how many installs now...?

A bit over 2 billion.

There's so much opportunity for cross promotion there. Are you going to keep LVL11 games separate from that?

No, of course we're going to use our cross promotion network that we have for those. But Angry Birds won't be attached to any of these games.

The Angry Birds brand works for specific types of games and we want to cultivate it and curate it very thoughtfully: what kind of games we want to publish under there, and how many games we have under there. And we're always looking for new things and we're wanting to push out new things, and we just thought that Rovio LVL11 is a great vehicle for that.

Well with Angry Birds we never look for "games" and "genres" and just slap the birds on that genre or anything. It needs to feel right, it needs to feel that this is the right thing for the brand to take the birds and the pigs to this genre, this category of gameplay, rather than the other way around.

If you have a new IP you can do any type of genre, any type of game, but I'm sure there are certain genres that different fans and different people would think are not suitable for the Angry Birds brand. Of course the brand is something that works better for different types of games, where it truly feels natural for the birds and the pigs and the epic battle that they have.

You guys have always been a family brand: you're making kids parks, there's education, there's that sort of thing, and we haven't yet seen a mature title from you. Is that something that Rovio LVL11 might dabble in?

Possibly. The Angry Birds brand needs to be cultivated carefully and that might not fit in with the different gameplay categories, or meet up to expectations about the family friendlessness of it. If it's a new IP, and it's under LVL11, yes it's a lot more likely that we could actually go into different gameplay categories that are not accessible through the Angry Birds brand.

Do you see LVL11 titles coming out, and indeed the entire concept of LVL11, as an investment in Rovio? Are you investing in this to help build Rovio's future?

Yes, I think in many ways. Of course people know Angry Birds better than Rovio.

That we are pushing "Rovio" LVL11 it's that we're trying to build Rovio in the longer term as well, as something that people will recognise that "Rovio's the brand that makes Angry Birds, Rovio's the brand that makes these new cool games that I'm playing, and Rovio's associated with fun and quality and great new things", and not only with Angry Birds.

Of course it's something that we strive for as a company, and building equity in our corporate brand, and not only Angry Birds. Disney means something, and so does Mickey Mouse.

I feel like for the longest time the story that was being told about Rovio was that you guys were an Angry Birds house. Before Angry Birds there was a whole bunch of games that you were doing, different games...

There were 51 games before Angry Birds.

Yeah, there was all sorts of stuff, and then Angry Birds came along, smashed it, and the rest of the stuff was sort of forgotten about. Is it good to be working on different kinds of genres again? Does it feel refreshing?

Well of course for the creative people it's probably refreshing to be able to open up a broader canvas of things, what is accessible or available to you creatively.

Creatively it's a good thing. I think it's healthy for our fans as well, that we bring in more new things every once in a while. I think we've done amazing things with Angry Birds and Bad Piggies but we're starting to diversify further already with our first free-to-play, first 3D, first non-slingshot game under the Angry Birds franchise with Angry birds Go!, and soon we're bringing in Angry Birds Epic which is a light-hearted RPG adventure game.

We're diversifying the brand already, we're bringing in fresh new stuff in the months to come, so I think it's a great portfolio out there.

Thanks to Laes for his time.

Angry Birds Go is our first step to take the brand in new directions, says Rovio