Bridging the gap between free-to-play and premium 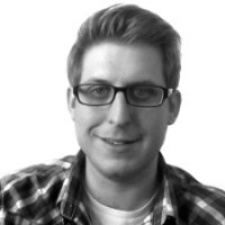 Our sister site Pocket Gamer recently covered Noodlecake's upcoming game, Tiltagon, with interest - particularly in regard to its unique take on monetisation.

The game will operate on an ad-based free-to-play model, with a single IAP giving the player the choice to turn off in-game adverts for ever.

So far, so standard.

However, it diverts from the norm by offering the alternative option to watch a short video ad to disable all other in-game advertising for a five minute period.

Watching ads in order to stop ads may sound like an odd concept, but Noodlecake COO Ryan Holowaty feels like this presents an inviting and player-friendly alternative to the more traditional F2P model.

We got in touch with him to chew over Tiltagon's approach to ad-based monetisation, and why he feels it has so much potential.

Pocket Gamer: Do you feel that incentivised in-game advertising is a more player-friendly form of monetisation than IAPs? If so, why?

Ryan Holowaty: Totally. In our experience trying different models of monetization, we found that anything that was opt-in converted well, but more importantly left our players with an overall positive experience.

In fact, in Bitcoin Billionaire, the biggest complaint players had was that we didn't have enough video ads to serve them.

How big a presence are the advertisements in Tiltagon if removing them for five minutes is deemed a worthwhile incentive?

They actually aren't super invasive to be honest.

Currently, there is a banner that will pop up on the menu screens and a interstitial that happens after you die, but not every time.

We didn't want to put ads in the actual game play area as we value actual game experience so much that ads would be distracting.

Advertising is the best option, but not at the expense of the game experience.

Being too aggressive would directly affect the games longevity and, in the end, we would rather have people playing the game.

Do you think in-game advertising has a bright future as an effective revenue stream for mobile developers?

It really depends on how developers choose to implement them. The reality is that most players in mobile never pay for a game, or purchase IAPs. So for the time being advertising is the best option, but not at the expense of the game experience.

If you can elegantly make them part of the game through opt-in options or built natively into the game, I feel like this will prove effective.

Do you believe that Tiltagon's experimental model presents a comfortable halfway house between F2P and premium?

Yes, I think so. We really wanted to give players a middle option. Most players who enjoy free games will never purchase the ad removal IAP, so in this case we hoped that anyone who at least even thought about it, would maybe remove them for the play session with the video option.

We assume the primary revenue driver will still be the in-game ads, but we wanted to bridge that gap between IAP to make the game premium and being totally ad-driven.

Tiltagon will be released on both iOS and Android on 9 April.