If nearly 50% of gamers are women, then why aren't they better represented? 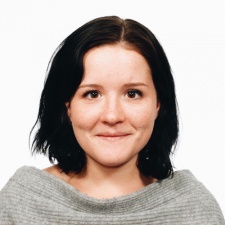 The number of women playing games is on the rise, and it has been suggested that women are in fact more likely to spend money on in-app purchases than men.

As such, any developer with ambitions of major success can no longer ignore this potentially huge audience.

The question Gram Games is asking, then, is why this hasn't also translated to the staffing of the industry itself, where only 22% of employees are women.

This is why the developer launched The 22% Project, an initiative that aims to provide women with opportunities and skills that they might otherwise not be offered in an effort - in the long-term, of course - to redress the imbalance.

To find out more about the project, its methods and its aims, PocketGamer.biz reached out to Gram Games Culture Developer Erin O'Brien.

PocketGamer.biz: Briefly summarise what you're trying to achieve with The 22% Project.

Erin O'Brien: The 22% Project is an initiative to break down biases within the gaming industry and open up wider opportunities for women in the sector.

Despite half of gamers being women, only 22% of the gaming industry is female. This is a shocking discrepancy.

According to the IGDA's annual Developer Satisfaction Survey, despite half of gamers being women, only 22% of the gaming industry is female. This is a shocking discrepancy.

Gram Games is doing its part, through this project, to ensure that women have the opportunities, education and resources necessary in order to break into and have successes in the industry.

What are the biggest barriers/biases against women that exist in the games industry and how can we go about breaking them?

Here at Gram, we believe that the greatest biases and barriers for women in the industry are derived from lack of adequate access to education and opportunities in gaming.

This in itself is derived from a larger bias against women in technical fields.

If, from a young age, the same doors are held open for women as for their male counterparts, then it’s far more likely that, later on in their careers, we would see a much narrower gender gap.

At Gram Games specifically, how do you endeavour to strike a healthier gender balance?

At Gram Games, this comes down to our culture. We provide everyone with opportunities, everyone with a voice, and everyone with the resources they need to reach the limits of their potential.

This isn’t based on gender, or role, or experience - if you want to do something, and you will benefit from it, we will help you.

So, even if (as a woman), you’ve been pushed away from a gaming career as a result of educational or societal pressures, here at Gram, especially with our flexible approach and weekly prototyping days, you’re encouraged to immerse yourself in the production process, to become a real, contributing part of our games.

Additionally, in creating an environment where everyone, regardless of role, is regarded, treated and valued equally, a lot of the negative bias dissipates.

In working hard to maintain a fairly egalitarian culture, we solve the problem of a lot of the subtle negative biases that tend to plague women in the gaming industry.

Finally, it comes down to communication. We’ve strived to foster an environment where people feel they can be honest, open and raise their voices.

If someone is having an issue, or they feel like they are not provided with the same opportunities as anyone else around them, we’ve ensured that they have the channels and the voice to say that.

Is the current imbalance in games industry employees also reflected in those applying for jobs? How can that be challenged?

We need to address the gender discrepancy at a grassroots and educational level.

As we said before, this problem is incubated far before people start looking for jobs. We need to address the gender discrepancy at a grassroots and educational level.

For now, this will require double the effort - ensuring both that women at the career level are provided with the education or reskilling necessary to get a job in the gaming industry and also that young women and girls are provided with equal opportunities, encouragement and resources to pursue gaming throughout their educational careers.

In the future, the hope is that equal education and opportunities will be a given - re-skilling or re-education will never be necessary.

But for now, we need to put in double effort to close the gap.

What are the benefits of a more diverse team?

If you only have one perspective in a team, or even a small variety, than the likelihood of you pushing your limits, or going beyond your comfort zone, is low.

That’s not how you create great, industry-changing products. It’s actually been shown that companies with more significant female leadership make better business decisions than men - this applies to gaming as well.

Think about it - by not fully taking advantage of the female talent pool, we’re losing out on half of our potential applicants.

That’s half of the potentially revolutionary ideas or skills out there. That’s just not a smart move - employing women and men equally, especially in this industry, isn’t just a moral issue, it’s a key to success.

What has been the response to The 22% Project so far?

Very positive! These sort of initiatives have been tried in the past, and are still being tried at present, but people seem to really enjoy the way we’re tackling the issue.

The general reaction to the initiative only makes us more excited to see where this project will go.

It seems like a ton of people are really interested in getting involved - which we’re thrilled about.

The general reaction to the initiative only makes us more excited to see where this project will go and the things we will accomplish.

How do you see the project evolving over time, and what's your ultimate end goal?

The project will inevitably evolve with each person who participates, and each event we hold. We hope to host game jams, info sessions, events - the works. In short, we want to be a resource for women in the industry.

We want to be able to provide the support that many women interested in gaming might otherwise lack, in the hopes of closing that industry gender gap.

On a larger level, we hope to work towards an industry where initiatives like these aren’t needed, where gender equality is the norm.

That’s likely quite a bit of work a way, but we hope that initiatives like The 22% Project at least begin to turn the tides.

You can find out more about The 22% Project on the official website.