"I could work with Games Workshop forever": Perchang's Ben Murch on his new studio and returning to his favourite IP 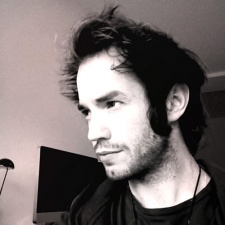 But what was most interesting to us was that the game wasn't developed by Rodeo Games, but Murch's new two-man studio, also known as Perchang.

The team has been relatively quiet in the following months, but recently broke its silence to announce it would be working on a follow-up to Rodeo's Warhammer Quest.

To find out more about Perchang and its latest game, we spoke to Murch about why he's returning to the Warhammer franchise and why he moved on from Rodeo in the first place.

PocketGamer.biz: What was the motivation behind starting up Perchang?

Ben Murch: I've been friends with Pete Akehurst [Co-Founder at Perchang] for years and years now, and we always wanted to work together on something.

So when Rodeo Games released Deathwatch and didn't have any immediate plans, I found myself with a block of free time.

Pete also had some spare time, so we decided to make something together. The opening gambit was to design something cool that anyone could play… and Perchang was born!

Will Rodeo Games continue operating and, if so, will you have any involvement with it from here on?

Rodeo Games is still operating, but is not producing any new content. I'm a Creative Director, so my involvement these days is pretty minimal.

What was the inspiration behind the new studio's first game, Perchang?

As I say, we wanted to make something that everyone could play, from seven year olds to 77 year olds. A game that was immediate to understand, fun to try and challenging to perfect.

It started "pub-talk" life as an infinite runner with puzzle elements, and through a month of "pub-design" that slowly morphed and evolved into a very basic version of Perchang.

Back then we called it "Small Balls"... so very glad we changed the name! Once we figured out the red and blue gizmo mechanics, that's when the game really started taking shape.

How pleased were you with the performance of the game?

I mean. Ridiculously pleased! It's the reason we can make Warhammer Quest 2 right now.

You sort of have no idea how games like this will go. With a license, or sequel, there’s a level of expectation you can plan for. This was a brand new IP from a brand new studio, doing something quite different.

Luckily, people connected with various elements in the game - music, graphical style, gameplay - and it really took off. By the end of the first weekend, we'd hit the top of the charts. That's when you feel like you’re onto something special.

The whole process of making Perchang was really lovely, and having that reception just made the experience even better.

What drew you back to working on the Warhammer license with Games Workshop?

Soooo, don’t tell anyone, but I’m a massive nerd. That kid on the school bus reading the miniatures magazine. Right here!

I've always been the biggest fan of their work and they’re such nice people to work with, that the decision was a bit of a no brainer.

Whilst I am incredibly happy with the first game, there was a load of stuff that I felt we could improve upon.

Whilst we were in the finishing stages of developing Perchang, Pete and I talked about what to do next. There were some pretty crazy gameplay ideas we had for turn-based games, which drove us down that route.

Why did you choose to develop a sequel to Warhammer Quest instead of working on a new game?

Once again, Warhammer Quest is one of my favourite IPs. Dungeon crawling in the Old World. Yep, I’m in!

Also, whilst I am incredibly happy with the first game, there was a load of stuff that I felt we could improve upon.

What are you looking to add or improve on for Warhammer Quest 2?

The most obvious improvement is making the game 3D. You can now pan and rotate the camera, zoom in on characters, and do all the interesting stuff that comes with having a fully 3D game.

We've also written the turn-based gameplay system completely from scratch. There's so much more strategy in this game.

When the player enters a new room now, they look around, take in the vantage points, different enemy types, cover objects and things they can use to their advantage. Then they plan their strategy and start moving accordingly. It feels a bit like a game of chess… just with spells and Beastmen!

Another major improvement is how characters improve. Rather than levelling up, ours level wide. This means that instead of just increasing in strength and toughness - the traditional RPG way - we level in choices.

A Warrior may gain a new spell that lets them freeze enemies, which leads to totally new ways of tackling dungeons. This has the knock-on effect where characters will team up Marvel style.

One Warrior will freeze an enemy, and another can shatter them with a massive hammer. We're writing all these rules that interconnect to free up players and let them jump in and try out various tactics.

Will you return to working on original IP in the future or are you more interested in creating licensed games?

Rather than levelling up, characters level wide. So instead of just increasing in strength and toughness, we level in choices.

Both hold interesting challenges. As a studio, we have lots of different ideas that we'd love to develop. Some of those are licenses and some are original IP.

I'm interested in doing both. Time, however, is the enemy.

Perchang started as a two-man team – are you looking to grow to work on the new game?

We've grown to five people now. Two coders, two artists and a business guy. That’s enough for this game, then we'll revisit the situation when we've fully decided what's next.

Looking beyond Warhammer Quest 2, what does the future hold for Perchang?

I expect it'll become necessary for us to expand to a two-game studio at some point over the next year. We're talking to a couple of license holders at the moment about potential projects.

I could carry on working with Games Workshop forever. They are such good people to work with, and their worlds and characters are so interesting that making games about them is a joy.

We're also developing our own IP. Very different game experiences to content that's already out there. Ultimately, I just want to create enjoyable things with people I like.

Is ad revenue a good revenue generator for indies in 2018?