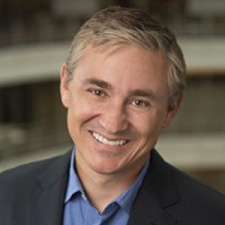 Given Zynga’s Q2 2018 financials saw it post its highest quarterly bookings total since late 2012, it’s no surprise CEO Frank Gibeau has had enough of the term “turnaround”.

Since the new management team took over in mid-2016, the company’s trajectory has been on the up in terms of key metrics such as bookings, profits and cashflow.

“I’d be happy not using the word turnaround ever again,” comments Gibeau.

Yet, as the instability of its share price demonstrates, not everyone remains convinced Gibeau’s goal of sustaining 20 per cent profit margin (technically 20 per cent of adjusted EDITBA) is on the cards anytime soon.

“I don’t look at the stock day-to-day,” says Gibeau.

“When you’re trying to turn a company around, your shareholders aren’t always for the long-term but we’ve been working hard to explain the journey we’re on.”

Dancing to the rhythm of bold beats

And certainly, Zynga has been busy over the past 12 months.

It’s spent $400 million on acquisitions, most recently $250 million on Turkish developer Gram Games. That deal closed at the end of May so only impacted one month of Zynga’s April 1st to June 30th Q2 quarter.

These game have performed well again in Q2 too, spurring on revenue of $217m, though still not enough to offset a $911k loss.

A particularly good performer in the quarter was new game Words With Friends 2, which thanks to its new IAP-driven modes saw mobile bookings leap 49 per cent year-on-year.

The main reason concerns the company’s heritage as a Facebook game developer: 10 per cent of revenues still come from non-mobile sources, and they were down 16 per cent.

“We have some great players on web and they don’t want to move to mobile,” Gibeau comments, referring especially to Zynga Poker.

Other one-off issues included the sunsetting of some legacy titles and a decline in Facebook usage following its well-publicised privacy issues.

We can fix it

More generally, however, Gibeau says he’s happy with Zynga’s momentum, with more promised in the second half of 2018.

Activity includes events celebrating Porsche’s 70th anniversary in CSR 2 and the start of Zynga Poker’s tie-in with the World Poker Tour, as well as full quarters from Gram’s Merge Dragons game, something Gibeau believes, over time, will become another of Zynga’s forever franchises.

The first of Zynga’s new internally developed games - Willy Wonka's Sweet Adventure, which is currently in soft launch testing - is expected to get a full global release too.

Other as-yet-unannounced titles are in development and Gibeau says more details should be announced over the coming months.

Disclosure: The author has a small number of Zynga shares.