“There's a lot of raw talent which if nudged in the right way would reap dividends for the UK economy.” 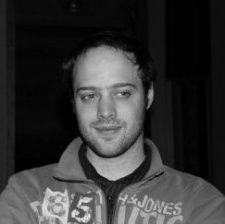 Adam Barker entered the games industry working for EA chillingo where he helped developers launch their games as a publisher producer. Notable titles include Angry Birds, Cut the Rope, Tiny Troopers and Snoopycoaster.

He helped run a small yet talented indie studio for two years as a wholly project focus with an MMA theme, then went into web and apps UX whilst keeping games projects running alongside that work. He now works across mobile, web for both games and both designing and coming up with UX strategy, while being in his third year of freelancing.

We caught up with Barker as he discusses how a well designed UX can improve monetisation, UA and retention while keeping users satisfied.

PocketGamer.biz: Can you tell us a bit about Guffaw Digital?

Adam Barker: Coming up to my third birthday Guffaw has been working alongside game developers and blue chip clients.

It can vary depending on clients' needs. Sometimes a client will need a process change whereby instilling testing UX / game loops / digital products into the clients culture is the main focus, or a client may simply want flows designing, testing and handing over to code.

It's probably the mixture between Art and Science that is attractive. You have such creativity and logic in the same place which naturally sometimes doesn't fit but produces something great at the end of the process.

Probably simply get involved and get out of your comfort zone. I'm doing a talk which is not in my comfort zone to be fair and I've been doing digital for 10 years across several roles in the industry…

I think it has enormous challenges yet the workforce to deal with those challenges. I think better financial breaks for startups are needed to nurture new talent. There's a lot of raw talent which if nudged in the right way would reap dividends for the UK economy.

Being from a UX background that has worked in app development and games I think there's going to be a lot more customer feedback entering production earlier. I think gaming (especially smaller studios) companies up until a few years ago would wait until alpha to test mechanics / UX. I think there's a bit of cross pollination from other areas of tech which has filtered into games. Once the games workforce adopts this user-centric focussed way of development they will run with it push the whole discipline forward.

I was around when paid mobile was a thing and freemium was just coming in. Now games sit on may platforms from small to large screen. We now have total ubiquity. It was always changing when I first started but it has come on leaps and bounds. Remember I'm not from the console generation where they had to burn gold masters - they have seen a vast change. I suppose it's 'always on every screen' these days.

Listening to what others have to say and learning from them…

At Pocket Gamer Connects London 2020, Adam Barker will be hosting a session on: “UX for Success”. For more information on the show, and to buy your tickets, click here.

Rogue Games' Bryan Buskas on the future of the games industry