Three Dragons discuss Museum inspired tycoon management, AR and what it takes to survive as an Indie 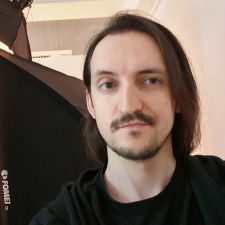 The Big Indie Pitch, a regular event run by the makers of PocketGamer.biz, sees indie developers engage in a rapid fire pitching competition for fame and those sweet, sweet promotional packages.

Today, we're speaking to Milan Doležal from Three Dragons, the studio behind Museum Magnate, which recently pitched at The Digital Big Indie Pitch #12 (Mobile Edition) and walked away as the third-place runner up.

Milan Doležal: I'm Milan and I like to make games. The team is Three Dragons, a group of people interested in AR, VR and game development. Currently, there are nine of us. We work on multiple projects and some of them are games.

We're located in Brno, Czech Republic. The city is sometimes dubbed as the city of game development.

Can you tell us about Museum Magnate that you pitched at the competition?

Museum Magnate is a tycoon kind of game where players build their own museum filled with artefacts they find on excavation sites all over the world.

What do you think are the most unique and interesting aspects of Museum Magnate that players may never have seen before?

I would say that everything has been seen somewhere in some form. However, to pick one feature that separates us from other games, it would have to be the AR (augmented reality). Players with AR capable phones can view artefacts in their own room and look at them from up close.

Museum Magnate is a tycoon based game that also includes puzzle elements. What made you choose this genre, and what do you think you bring to it that may not have been seen before?

In early prototypes, we found out that the game is too easy so we had to come up with some sort of a challenge for the player.

How did you come to choose the platforms that you would develop Museum Magnate for?

We experimented with AR apps before so our feet were already in the mobile market. Making the game for desktop or consoles would require a change in the game's design.

It depends. If we would do only games, we would probably no longer exist as a company. Until we release our games, we don't have any revenues or let alone profit from them. And even if we would release it ourselves, I think we can all agree that it is very tough to succeed without a strong publisher behind you. That's why we're looking for publishers not only for Museum Magnate but also for our other game project that aims for consoles and PC. Aside from that, we work on interesting outsourcing projects as well for various industries and our AR platform called CLDXR.

It was a bit different than I expected. Pitching multiple times in a row was a surprise that caught me off guard. During the second pitch, my mind was still in the first one.

We were hoping for feedback on our game and we got that. If this also helps to spread the word about our game, even better.

Our hopes are the same as the hopes of other game developers. We want players to have fun with our game and possibly learn something along the way. Also, if players would like it, we want to keep adding more artefacts and different excavation minigames.

As for future projects, I already mentioned the one for consoles and PC, it's a puzzle game named Anaglyph. There are other projects planned but we need to finish what we have already started first before we move to something new.