We interview Dudu Dahan from Playtika about the changing games industry 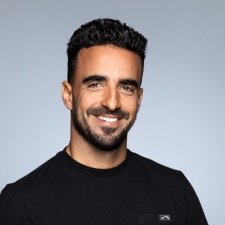 The gaming industry has an ever changing landscape with the likes of free-to-play titles to VR experiences that expand the way we experience games. We spoke with Dudu Dahan from Playtika who touched on these topics and discussed where the future of gaming looks to be heading.

My name is Dudu Dahan and I am an Executive General Manager (EGM) at Playtika, leading the Casual Games Division.

I have been in the industry for 15 years, working across different gaming genres. As part of my role, I am very involved in the development of the new games that we create, and, right now, we are working on some exciting projects. Our newest casual mobile game is Merge Stories, which has just been launched after being in development for around three years.

Merge Stories is the first of its kind to combine ‘merge’ and ‘battle’ mechanisms, creating a new gaming category that enables players to merge units and resources to increase their kingdoms and play with friends. It is certainly a unique and very promising game.

What would you say has been the biggest change in the industry since you entered it?

I have been in the gaming industry for a long time so there have been a lot of changes. In my view there is one that was more revolutionary than the rest.

Until 2010, if you wanted to play a game you paid $1-10 and got access. Around this time, the freemium model became very popular - everyone could now play for free, but if you wanted to enhance your experience you had an option to pay.

This new monetisation method changed the industry, breaking the revenues ceiling that games had previously experienced. Angry Birds and Temple Run are great examples of games that changed their revenue model from premium to free-to-play in this way.

Merge Stories is also a free-to-play game, bringing two main monetisation models together in one - in-app purchases and in-app ads (although neither are required). Most games rely upon these two methods in one way or another and in our new games we combine both.

Did you see the abovementioned change coming? If not, how did you adapt to it?

I had only recently begun my career in 2010, working as a consultant to help other companies create good games and deliver the right message to the right people at the right moment. By that time, most game producers had not only left the premium model, but they created more and more free-to-play games. This also completely changed how companies designed games to ensure they remained enticing.

One of the biggest challenges the industry has faced in recent years is the increase in CPIs or in other words, the price you need to pay today to get a new install.

At Playtika, we work on and develop retention strategies at the time of a new game’s global launch this then allows us to compete with the high price we pay for new installs. Specifically with Merge Stories we invested a lot into the early stages of game development for this very reason. As a result, Merge Stories will be launched with a lot of content and rich live ops promotions so players can enjoy the game for a long time.

I am a big fan of in-game subscriptions. In my previous role at Playtika, I was the General Manager of Bingo Blitz, which is one of the most successful free-to-play Bingo games worldwide.

Bingo Blitz has had a subscription model for many years and very few games did at the time. Bingo Blitz+ provides early access to special new content and player benefits, at around $15 a month. We see great success with this model and our players love Bingo Blitz+.

I see many games that still don’t have a subscription model but I think this will change going forward. I don’t see this replacing other forms of revenue such as IAP or advertising, but is rather an additional great option available for game producers. There is currently no subscription feature in Merge Stories.

There are a few possible directions. Play-to-earn, which has become so popular, is a very interesting trend. This lets players win real-world benefits, like crypto or NFTs, by completing tasks or features within the game. We’re seeing some great examples of this, such as Upland or Axie Infinity, but despite the many opinions I think that play-to-earn is just the beginning and I am excited to see what becomes of this trend.

Another thing that has changed, not just in gaming of course, is the desire to be part of a community. Over the pandemic, technology and gaming allowed us to connect in so many different ways and most of the successful games today have big communities and many social aspects in-game.

I also personally believe that we’ll start seeing more and more games based on AR/VR. It’s only a matter of time and it will change the way we play games.

Technologies like AR and location awareness are becoming increasingly mainstream. Which, if any, technology excites you most?

I am a big fan of VR and AR - I just bought the new Oculus headset a few months ago and I love it. The quality of the games I have downloaded is mind-blowing and gives you a totally new gaming experience. In a few years, I don’t think we’re going to continue to have mobile phone devices as we know them.

Wearable devices that enable companies to leverage new tech and create ultimate gaming experiences that have never been imagined before will become more and more popular. What we see now with AR is just the early stages of a technology that will certainly be revolutionary and has a lot of potential.