"It is critical to create that culture which is creative, where we continue to be curious" 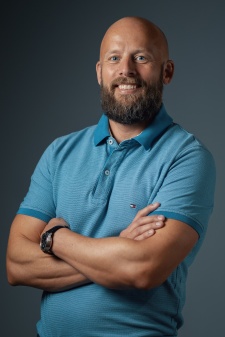 Candy Crush Saga is an icon when it comes to mobile gaming. For ten years now it has been at the top of the charts with its massively successful match three formula in technicolour hues making the leap from Facebook to smartphone without appearing to falter.

As the game celebrated its tenth anniversary, we visited the funky Candy Crush offices in Stockholm, Sweden for a nose behind the scenes (more on that to come) and had a chat with King's President, Tjodolf Sommestad.

PocketGamer.biz: You gave a talk this morning about King’s culture of inclusivity and fun in the workplace. How much of the success of King and of Candy Crush specifically do you put down to that?

I think it’s critical. I mean, we’re an especially creative industry. I think the environment you find yourself in when you walk through that door - nowadays, actually, many people are working from home - that creates an environment of safety where you can get the most out of people, where they can get the best out of themselves and really collaborate. I believe a lot in the value of teamwork and with that I mean really getting the best out of the group and creating a great environment. So that’s what I’m trying to inspire myself to do everyday.I think we wouldn’t have done as well as we’ve done as a company without having this culture of curiosity and learning all the time.

So learning from our players – testing with them to see what’s working, listening to their feedback, talking to them and hearing their ideas, but also interpreting their reactions to the changes that we’re making and seeing how we can refine and evolve. Which are the most popular levels? Let’s do more of that. It’s important that people feel that they are heard and that we will listen to them.

There are thousands of intelligent, bright people that have worked on Candy Crush [in the last ten years] and contributed their ideas. The game has evolved with the whole company behind it, and for me it is critical to create that culture which is creative, where we continue to be curious and we learn from our players but also learn from each other.

Another thing that you said earlier was about being more open to failure in the future. Can you explain what you mean by that?

So if I put it in my own words, we should be bold enough to bring ideas to our players even if not all of them will get the response we were hoping for, and that is a learning opportunity. That is true for things we bring to players in our games as well. We have launched what we would call features or events in Candy Crush Saga where we over time realised that it wasn’t what our players loved engaging with, so we learned from that and we took them away. Sometimes we take them away and rethink them, and bring them back in a new format, which could be seen as failure, but it is actually more of a learning opportunity.

It’s more of an evolution, perhaps, then a failure? For example when you took out the timed levels - from a player perspective they were way too stressful!

Maybe we should have realised that one a bit earlier. [Laughter] We’re learning things, but we’re happy – that’s one of the decisions that was right for us, and showed how we listen to feedback from players.

It does look from the outside as if you haven’t had to deal with much failure here. In terms of Candy Crush, it looks like it just went stratospheric and there were no stumbling blocks. Is that how it was? Or have we just glossed over something there?

In a way I’m happy that you’re saying that from the outside, that’s how it looks - and hopefully that’s also how players in general have experienced it, because it’s really the players’ experiences that matter. Inside King, we’ll have situations where we have a project, or ideas that we want to bring to games, but when we test them with players they are less excited about them than we are. Or situations where technology has been close to breaking point and we’ve had to go in and fix it, and it could have been a potential disaster - we learned from that as well.

We have had moments, of course, and we’ve learned a lot during the way. Moments of realisation, and a change of direction as well. I can agree with you that it probably hasn’t been felt by the players, and I do hope that they see and experience that our success rate is going up. We are starting to learn more and more from our players and I think we’re getting better and better at figuring out what they want, and implementing it faster.

The other thing that you said, that I wanted to follow up on, was about building the next Candy Crush. Do you know what that roadmap looks like – do you already have an idea of what that is? I know you’re not going to tell me.

Here’s how we think about it at King - we have many ideas that we want to bring to players, and for some things it’s best put into a new game. We have a history behind us that you can see, with Candy Crush Soda and friends, Bubble Saga and Bubble Witch Saga 2 and 3. But what we’ve been doing more and more of recently, and what we’re seeing in Candy, is really obsessing about how we can bring the most innovation to our existing players. That’s the strategy that we’ve been working on for the last five years, and we’re starting to learn even better how to bring ideas into that one game - we cherry-pick from the right innovation.

So we are actually spending more of our time thinking about how to bring these ideas to life, and most of our players are engaged with Candy Crush Saga, so we want to bring them more excitement – and that’s where a lot of our innovation capacity as a company goes today. That’s why you’re seeing things around the ten-year anniversary like the Candy Cup, and launching a video in the game. Those are ideas that could have gone elsewhere, but we’re obsessed with how we can do more for Candy.