"We’ll have no shortage of good ideas from inside the team but also outside the team from millions of players." 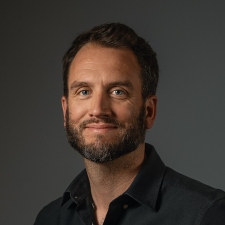 Yesterday, Candy Crush Saga celebrated its 10-year anniversary. There are few games that can lay claim to the kind of success and impact that Candy Crush has had. It is the most downloaded casual match-3 of all time with over three billion downloads, a number that still keeps going up as the game still has an active player base of a whopping 200 million players.

We visited the Candy Crush HQ in Stockholm recently to get a behind-the-scenes look at what goes into the making of the game, and had a chat with the General Manager of Candy Crush, Todd Green.

PocketGamer.biz: Generally, I want to talk to you about company culture.

You talked this morning about players using the game differently to how the designers anticipated. How do you use that feedback to inform your future design of the game?

In two ways. So the first is that it is a good reminder that “oh my goodness, we are not players” by which I mean that when we’ve got tens of millions of people playing every day, it’s very hard for us to imagine all of the different possible ways in which players might use the product. The second is that we’re trying to get better and smarter in serving the needs of the players. So when we think about the audience that we’re serving, it’s not like, ‘women of this age with this socio-demographic and this, this, this’. We’re rather thinking about what are the needs that players have. Do players want to play competitively or collaboratively, want to play solo or together? Those players who want to relax and players who want excitement. All of those things can co-exist.

We realised from talking to players that the same player might actually have different needs on the same day. So if you’re going on the Tube, let’s say, into work – okay I’ve got ten minutes, it’s sort of crowded, I want to blast through some levels. But that can be very different from what you’re looking for when you get home. Maybe you’ve got the TV on in the background. You’re playing on your iPad, maybe a longer session. Perhaps you’re taking more time over thinking through your moves? It’s the same game – we’ve got to try and design the game so that it’s fun in both states – so when we’re talking to players it helps us to fill up that picture a bit more.

I’m interested in how you find those players and get that feedback?

There’s a few different ways we do it. So we have regular channels we can use to reach out to players. We have a community forum that we host ourselves, where we have lots of active moderators and people, so through that we have direct interactions with players.

We try to do a combination of in-person, or in the last couple of years, mostly video interviews, talking to players one to one, in detail, “OK, tell us more about your experience”. Maybe we’ve shown you a preview of a feature, “Talk us through what you think you’re supposed to be doing here”. There’s a real skill actually to this that I didn’t appreciate until a few years ago. But the skill is doing this user research in such a way that you don’t bring your own ideas to the table, so that you’re really listening hard to what the player is trying to say, and then translate that into a form that we can then use. So that’s one part of the challenge, the listening without imposing your own impressions on it.

Another part of the challenge is to figure out what’s the priority for things to change or improve or bring to the game. We’ll have no shortage of good ideas from inside the team but also outside the team from millions of players. So one of the hard parts for the people that you met this morning, and for me as well, is to try to figure out what we do now, rather than later.

Obviously you’ve still got users from the beginning, and you’re still attracting players all the time. Do you think that the way you operate as a company influences the success of your games?

Yes, a hundred percent actually. If we assume that we don’t have a shortage of good ideas, where do those ideas come from? Well, obviously we want to listen to players, and not only current players, but players who have stopped playing, or players who haven’t yet considered playing the game. It’s part of the DNA of the company to have a very flat democratic setup - the benefit of having a team is that you can get ideas from everybody on the team.

We’re lucky people choose to come and work with us, and everybody who is choosing to do that is doing so because they like games and they are interested in games. Our main challenge is not so much finding new and interesting ideas, but trying to figure out what to do next, and trying not to bring ideas from our own favourite games into Candy. And that kind of gets to the core of what the product is, it is this mass mainstream game - that means that games which are more targeted at specific audiences or specific needs, those aren’t necessarily the right starting points for us.

Again, we have just got to focus on the players over and over again, particularly to include those people who would never talk about themselves as gamers, and try to figure out what would be fun for them.

I think it's something like 55% of mobile gamers don’t consider themselves to be gamers.

Is that right? That’s amazing.

I can’t confirm that figure off-hand but it’s a majority according to research. Female players [on mobile] particularly don’t tend to consider themselves gamers.

I want to make sure I answer your question directly. So there’s two ways in which we try to put it into effect, the company or the design of the team helps us to serve the needs of the players better. So first is the principle that we take each idea at face value. It doesn’t matter where it comes from.

The second is that we’re trying to build a company that is a reflection of the audience. That seems to us to be the best way to best meet the needs of the audience. What that means is that we’re trying to bring people into games who maybe never have worked in games before. And trying to bring in members of the team who, maybe, would not have considered games as an interesting career until they came across either our products or our company and culture. And that helps us, again, to really live this idea of mass mainstream.

That is interesting. Because in terms of Candy Crush, going by the presentation this morning and so on, it feels like you never really had to face failure?

From the outside, it just seemed to start on Facebook then shoot up into the stratosphere!

It would be boring if it were to be like that for real! [Laughter]