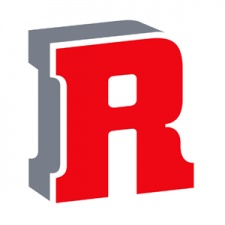 On Roadhouse's website, Hursthouse writes, "After six great years, we are sorry to have to announce that Roadhouse closed its doors on September 1st, 2016."

"We would like to thank all of our customers, players and especially our staff for their support and dedication over the years."

"Our games are expected to continue on in very capable hands. We are very proud of what we accomplished and look forward to seeing what this fantastic group of people achieves next."

Update: A spokesperson for Roadhouse Interactive has said there will be an official statement on the studio's closure soon.

One of its games, Iron Maiden: Legacy of the Beast, will continue to be supported and is now in the hands of publisher and owner Nodding Frog, a UK-based company.

The spokesperson added Nodding Frog has hired "a number of the Legacy of the Beast developers and will be continuing the game without interruption".

Original story: Vancouver-based games developer Roadhouse Interactive has closed down, according to reports.

Various developers have expressed their commiserations over social media about the studio’s closure.

A number of staff have changed their LinkedIn profiles to mark the end of their time with the company between July and September. Roadhouse's social media accounts have also been silent during the last month.

BlueBat Games Head of Product Haig Sakouyan also stated on LinkedIn that numerous companies had turned up to the event to “help people displaced by the Roadhouse Interactive collapse”.

Our new ATA pad turned into a hiring party Tuesday night! So glad we were able to help the @roadhousehq folks pic.twitter.com/LndRVdIGkZ

Sad to hear about the closure of @roadhousehq last week. Lots of good people there.

A source with knowledge of the matter previously told PocketGamer.biz of heavy layoffs at the company in August. At the time, a Roadhouse spokesperson denied the claims.

"No truth to that statement, there hasn't been any layoffs," the spokesperson said in an email in late August.

They added however there had been “adjustments made to staff as a matter of course” in July.