Is Eddie the new Kim Kardashian? 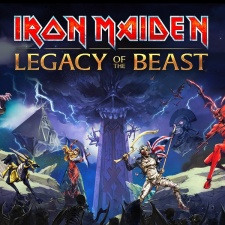 Vancouver-based developer Roadhouse Interactive has announced on stage at Pocket Gamer Connects that it is developing a mobile RPG using the Iron Maiden IP, to be released in Summer 2016.

Subtitled Legacy of the Beast, the game delves into the extended Iron Maiden lore - as inspired by the band's classic album art - with mascot Eddie taking the staring role as lead character.

In an effort to dispel any fear that Iron Maiden is a forgotten brand, CEO James Hursthouse shows footage from the band's 2013 tour - evidently, Run for the Hills can still whip up a crowd.

Interestingly, Hursthouse seeks to establish Legacy of the Beast alongside Maiden-licensed beer Trooper, as a product that is enhanced by the brand but not dependent on it.

“As a lifelong fan, I have always thought that Maiden’s music, lyrics and cast of characters would provide the perfect basis for a deep RPG experience”, says Hursthouse.

“With this game we’re creating an outstanding RPG that will appeal to all mobile gamers, including those discovering Maiden for the first time.”