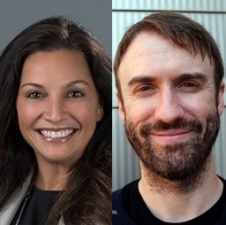 MZ CEO Gabe Leydon is leaving the Final Fantasy XV: A New Empire developer 10 years after he founded it.

Leydon is departing to head up MZ’s technology platform Satori as a standalone business. It's not clear how MZ will be involved in the business moving forward, if at all.

That tech appears to have evolved from when it was originally launched, now pitched as a real-time messaging platform that is being paired with blockchain technology.

Replacing Leydon as CEO of MZ is Kristen Dumont, who has served as the firm’s COO since 2015.

MZ CTO of Games Vincenzo Alagna meanwhile has been appointed as president of games.

“One of MZ’s core strengths is our ability to transform and innovate, and this transition will be no different,” said Dumont.

“MZ is an incredibly strong tech company, fueled by the most talented engineers, developers and creatives in the industry. I’m excited to have Vincenzo step up as president of games, as he is uniquely positioned to continue building upon MZ’s success in creating games that engage players on a global scale.”

Leydon added: "Kristen is one of the most talented executives in the Valley and has already proven her ability to handle the company’s complex operations, so I know she’ll be a strong leader for MZ’s core business.

“My passion has always been in the real-time technology that we’ve developed through MZ’s games and smart cities platform. I’m excited to focus on what Satori can do when paired with blockchain technology.”

MZ has made billions of dollars in the mobile games market thanks to just a handful of titles, namely Game of War, Mobile Strike and Final Fantasy XV: A New Empire.

The company’s harsh monetisation practices have proven controversial in some quarters, but this hasn’t stopped players spending big.

Recently the company began a recruitment drive looking for more than 70 staff, suggesting a brand new game could be in the works.

What the hell is happening at Game of War and Mobile Strike developer MZ?

Has MZ just pulled all its legacy game marketing to focus on Final Fantasy XV?

Why the mobile games industry underestimates MZ at its peril