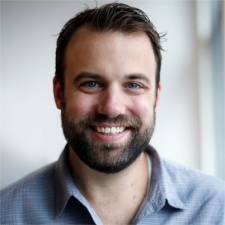 London-based adtech company Bidstack whose work is included in Football Manager and DiRT Rally has launched its US operations.

The company has hired Adam Fisher (pictured) as the new head of sales in the US.

He will be based in New York.

Prior to joining Bidstack, Fisher has 15 years of experience in the sector.

In his new role, Fisher will be responsible for US growth - including trade desks, encompassing agencies and getting broader strategic partnerships.

Fisher joins John Koronaios who was hired by the company as its new vice president of public relations.

"With the US being the biggest gaming market in the world, with revenues reaching almost $37 billion, and home to some of the biggest names in games publishing, launching here has been on our roadmap since day one," said Bidstack CEO James Draper.

"Following our recent trading agreements with several DSPs, including The Trade Desk, Xandr 'sInvest's buy-side technology platform and our new partnership with Dentsu, now is the right time to make that move.

"Adam and John bring a wealth of experience and proven track records in their respective fields. We're thrilled to have such talent leading our supply and demand growth stateside."