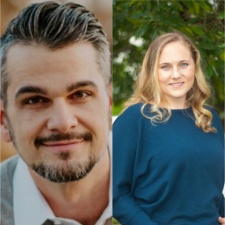 The company has appointed Panayoti Haritatos as the head of Snap Games. In his new position, Haritatos will be responsible for the continued growth of the games division and its platform strategy.

Previously, he worked at games publisher Kongregate. During his time there, Haritatos rose through the ranks to become COO, before taking the CEO position in 2019.

Before Kongregate, Haritatos worked for Zynga.

The second executive hire is Jessica Shetty; she will take on the role of head of games partnerships in North America. As the job title indicates, she will be responsible for developing and driving partnership strategies.

Before joining Snap, Shetty worked for Facebook as its head of mobile gaming partnerships in North America.

Shetty has also worked as a senior account manager at Flurry, with a focus on game analytics and monetisation optimisation.