Not the best of starts 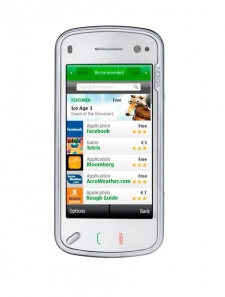 May 26th, 2009 - 04:48pm
By Stuart Dredge, Contributing Editor
Having written only a few hours ago about why Nokia needs Ovi Store to be a success, it's painful to report that the first reviews of the company's new app store are hardly glowing.

Few critics have gone as far as TechCrunch, which has labelled the launch day "a complete disaster", but many blogs and sites have the same specific criticisms: slow loading times and page-load errors, unintuitive navigation, a lack of apps in some key categories, problems signing in with existing Ovi accounts...

For a taster, check reports from All Things Digital, Zdnet, Information Week, Mobile Entertainment and even All About Symbian. There's even an #ovifail hashtag on Twitter, albeit one that's yet to catch on.

The sluggish performance may be due to a launch-day spike - something Nokia has made overt in its apology for the problems:


"Shortly after launching the Ovi Store at 2 am ET, we began experiencing extraordinarily high spikes of traffic that resulted in some performance issues for users accessing store.ovi.com and store.ovi.mobi. We immediately began to address this issue by working to improve our capacity, which resulted in intermittent performance improvements. We are continuing to monitor and improve the situation. We apologize for any inconvenience this may have caused Ovi Store users and encourage people to continue giving us feedback as we develop the service further. The Ovi Store device client, however, has continued to perform well and there were no reported issues from users logged on through that entry point."

This is day one, of course. The problems are undoubtedly an embarrassment for Nokia, but over the coming days the most pressing issues will be solved, although it has to be hoped that some of the more fundamental criticisms are also addressed in the coming weeks.

In the meantime, expect the US tech blogs to continue throwing brickbats at Ovi Store, while those within the mobile games industry who want it to be a success pray these are all just teething troubles.