It's better than mobile but not as good as Facebook 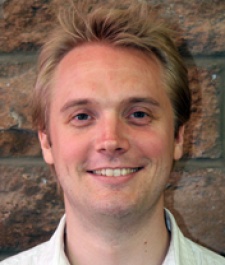 August 20th, 2009 - 09:00am
By Jon Jordan, Contributing Editor
The iPhone games space is experiencing rapid growth, but if you want to find out about explosive growth, talk to Kristian Segerstrale, CEO of Facebook publisher Playfish.

Since its launch in late 2007, the UK publisher of social games has released nine free-to-play titles including Country Story and Pet Society, which have cumulatively been installed over 100 million times.

The company is ventured funded but is said to be 'operationally profitable' on the back of the sale of virtual items.

It's also dipped its toe into the iPhone pond, releasing a version of its Facebook game Who Has The Biggest Brain.

Small wonder that Segerstrale is getting used to counting in big numbers.

I caught up with Segerstrale, who spent six years as MD of Glu Mobile Europe, following his talk at the Edinburgh Interactive Festival to find out about his views on how social gaming and iPhone gaming may or may not merge in future.

Pocket Gamer: The social gaming space is getting mixed up with platforms such as Facebook, MySpace, Bebo etc, so how does Playfish deal with this?

Kristian Segerstrale: We have to make sure the core game experience is the same but everything else changes because ultimately what our games are about is what happens outside the game.

For example, take Facebook and MySpace. Facebook is about your real world friends, and there are a certain set of channels we enable so you can communicate with your friends in terms of invites or achievement posts into feeds so you can show off what you've done.

We've recently seen games such as Playdom's Mobsters coming over to iPhone so do you think this will be an increasing trend?

Yes, I think it will happen more because there are benefits to being connected. Games like Mobsters rely on you being connected and fighting random people who are connected to the game. It give it more meaning. At Playfish, we're big believers that such mobile consumption is going to increase because it fits into the trend in which games are a service.

What do you think about mobile as a platform for these games?

The business environment around mobile games is incredibly hostile to growth in so many ways because you have a monopolistic distribution environment, even on the iPhone.

It's the best consumer experience for mobile gaming but you can still only buy games from one place. Even on the App Store, you have a super shallow discovery experience as well as a limited business model. This is completely different to online where you have the opportunity to try out anything you want.

Of course, iPhone has been a big step forward, and the sheer pace of change on the platform is impressive, with features like micro-transactions recently released.

Will iPhone ever be attractive to Playfish as a commercial platform?

There are a couple of challenges. One is that the first iteration of how Apple allows you to do micro-transactions is restrictive in terms of how you define what you're selling. In Pet Society for example we might launch 20 or 30 new virtual items every week. That's just not feasible on the App Store.

The other issue is for a free-to-play or upsell model to work well, your user base needs to be very large.

Also the connectivity between players needs to be there so there's a wider meaning to your purchases. It's not like a single player experience where you unlock things. You buy items to show them off to your friends.

Are the new iPhone social networking platforms such as OpenFeint and Plus+ interesting for Playfish?

No. The way we view the world is that social networks are like a utility for our players so just as you can choose your electricity provider or mobile operator, so you can choose which social network you are using to map you and your friends' relationship. If you are a Facebook user, that is what you use to map your real world friends.

Now it might be that you are also on a dating site or a gaming site but those aren't to do with your real friends.

These social platforms are certainly useful for building vertical networks around a specific game. But this is not about your real friends, although you may be making new friends through playing that game.

For this reason, it's not something that's interesting to Playfish because we think the big opportunity for games is the same kind of play you experience with friends and family when you play cards or board games.

Thanks to Kristian for his time

You can find out more about what Playfish is up to via its website and its twitter feed.