No alignment between businesses 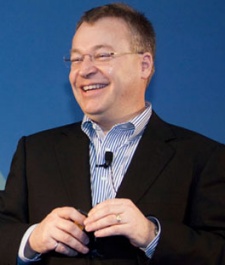 June 2nd, 2011 - 03:02pm
By Keith Andrew
For the second time in as many months, Russian tech blogger Eldar Murtazin has sent the internet in a spin by claiming Microsoft is to buy Nokia's handset business, this time attaching a figure of $19 billion to the deal.

For the second time in as many months, Nokia has responded by rubbishing the rumour, with even CEO Stephen Elop taking time out to point out its inaccuracies.

Murtazin  who has a chequered history with Nokia  said in mid-May that discussions between the two parties about a buyout were about to commence, with both companies "in a hurry" to close the deal before the end of 2011.

Now he's suggested via a less-than-cryptic tweet that the deal is effectively done  a comment that has lead to Nokia yet again stepping forward to dismiss the claims.

"The rumours are baseless. It is as clear as that."

Elop has since been backed up by company spokesperson Doug Dawson, who is also reported to have claimed that the acquisition rumour is "completely baseless".

Though Nokia's CEO himself came from Microsoft, he laughed off claims that he is acting as a 'Trojan horse' for the American giant, and said there would be no sense in the company buying out the Finnish firm.

Notably, he said Microsoft has no interest in the feature phones market, which still makes up half of Nokia's phone business.

"That business does not align with Microsoft's business," he commented.

Elop also provided further details on the planned launch of Nokia's first Windows Phone, noting that Christmas 2011  rather than early 2012, as previously indicated  is a "key goal".