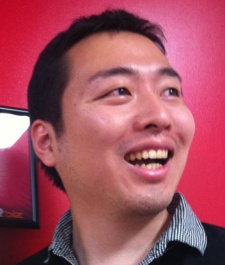 Part of it was focused on how Cave handled this market, while the other was providing advice in terms of how western developers should consider approaching the Japanese market.

Cave started life as a developer of arcade shoot-em-ups in 1994; born from the ashes of another company, Taoplan (the famous gamer meme "All Your Base Are Belong to Us" came from one of Taoplan's titles).

Its traditional model was to release games through distributors, and to measure potential sales through pre-orders.

However, once it switched to developing mobile games, Cave's sales were dependent on user ratings and taking care of their customers post-release. Cave effectively ceased to be a pure game developer and evolved into a service provider.

Questions about graphics resolutions aren't so important in his estimation. The human eye doesn't pick up on details on high speed objects, so Watanabe argued that framerate is more important, with an average of 50fps being the target for mobile developers.

Profitability is a matter of microtransactions and ensuring that ports are respectful to the originals. Any retro game worth porting to mobile likely already has a following and a positive reputation, Watanabe argued, which would make promotion much more tenable.

Even more important is setting the right price. Cave has made the mistake of selling games aimed at the hardcore market at a higher price point, cutting the price in half when it didn't see enough downloads, but then not seeing the download numbers increase at all.

Watanabe believes people will pay premium prices for premium products, so they aim to sell their games for Y1,000, which is about $12.

40 percent of that cost goes to engineering, 30 percent to graphics including UI design and optimisation of assets, 15 percent for localisation and quality assurance, and the last 15 percent goes to audio design. The latter is particularly important for smartphone design.

Watanabe stressed the importance of building a user community to ensure success of retro game ports.

Cave maintains a loyal fan base which hypes its products and drives sales. Watanabe believes that companies with the rights to famous retro games on old platforms may already have communities through which they could promote those games as mobile ports.

Watanabe also offered a quick breakdown of the Japanese mobile game market, by way of conveying the size of the opportunity for potential Western developers.

14 million smartphones were sold in the past 12 months, and 15 percent of the total mobile community in Japan are on smartphones. Mobage and GREE are the big players in the Japanese mobile market, and between them turnover around $4 billion a year.

Japanese mobile gamers tend to spend money via the microtransaction model, and play games in short spurts during commutes, lunch breaks, and in the post-work evening hours.

Watanabe referred to these card packs as "gotchas." This is a proven business model in Japan, but might be difficult for a non-Japanese developer. Watanabe suggested that western developers seeking to break into that market would need to partner up with a Japanese company.

Yet he does think it's possible for western developers to tackle the fierce loyalty of Japanese fans for Japanese designers, if they tap into the established, wide social networks in Japanese mobile gaming.

Watanabe also suggested that because the retro games of western markets were played on Atari machines, versus Nintendo and Sega machines in Japan, that there is little demand for western retro gaming.

However, because old Atari games had simple control schemes, they could work well on smartphones, and if Japanese audiences were told that the games were classics that said audiences would research the games online and may become interested.

Cave underlines the phone nature of PS Vita: announces it's bringing Mobage hit Build a Castle to the console