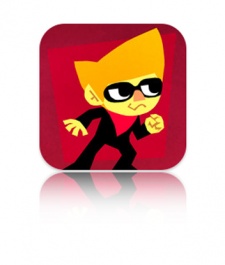 The ceremony, held as part of the Games Developers Conference in San Francisco, saw the rhythm-action puzzler beat off ASYNC Corp from Powerhead Games, Steph Thirion's Faraway, Ridiculous Fishing from Vlambeer and Tiger Style's Waking Mars to take the title.

Match made in heaven
Beat Sneak Bandit only hit the App Store back in February, but was awarded a Pocket Gamer gold rating upon release, with the site praising its unlikely mixing of stealth and 'beatmatching'.

Simogo took home $3,000 for its troubles, with Mode 7's forthcoming iPad release Frozen Synapse picking up the event's audience award, ahead of  amongst others  Beat Sneak Bandit.

The full roster of winners can be found on the IGF website.

Adobe highlights the 60fps power of Flash gaming thanks to AIR 3.2 SDK

GDC 2012: Appy's Paul O'Connor on why developers need to follow the market and go freemium