GDC 2012: Appy's Paul O'Connor on why developers need to follow the market and go freemium

#gdc The customer is always right 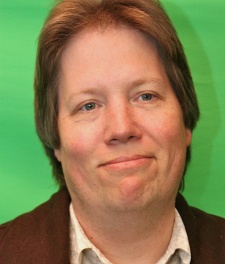 March 10th, 2012 - 11:48pm
By Dennis Scimeca
Giving it for the second time during GDC 2012, Appy Entertainment brand director Paul O'Connor opened his talk 'Premium to Freemium' with a quote from the early 20th-century investor Jesse L. Livermore: "Markets are never wrong; opinions are."

He also told the story of the USS Independence, the first aircraft carrier of its class in World War II.

Independence-class ships were built on the hulls of Cleveland light cruisers once it became clear - after Pearl Harbor - that the war in the Pacific would be won by planes not by battleships.

O'Connor said the iOS market had had its 'Pearl Harbor event', citing a Distimo study from October 2011 that 72 percent of total revenue from apps was coming from in-app purchases.

O'Connor also noted that 17 of the current top grossing 20 apps in the US were free.

For the three years of its existence, Appy was making mobile games - premium games - and, in O'Connor's words, was "getting its teeth kicked in."

Appy's game Trucks & Skulls launched in November 2010 as the Apple iPad Game of the Week, was a 4½ star rated game, and had good critical reviews in the gaming press.

"That's the Holy Trinity of what you're looking for as a small app developer," O'Connor said.

Yet by 13 December, Trucks & Skulls had flatlined. Appy needed to become a freemium company.

In order to get started on this new development psychology, it decided to leverage its existing games, Trucks & Skullsand Face Fighter, by hybridising them - much like the Independence carriers.

After the pivot from premium to freemium in July 2011, Trucks & Skulls was given a second life and kept Appy profitable while it continued to make change in its development process.

Revenue from the game increased 150 percent and downloads increased 5,000 percent, with the game downloaded 100,000 times in a single day in July.

The reason freemium works, O'Connor said, was that if a mobile developer decided to sell its game for 99c, it's capped the game's value.

If a developer makes its games free with optional purchases, most customers will play it for free, but some will bond with the game and pay developers a lot more for the experience.

In terms of how Appy approached the pivot, O'Connor said it's important for developers not to release their apps as entirely new products.

Appy wanted to maintain its games' rank position in the App Store, and make sure existing players would have the new version.

The key to success was to make sure the games never become less than they were before following the switch from premium games to freemium. Developers have to respect their existing customers by keeping the premium content from before and then stacking the freemium content as a bonus.

More generally, O'Connor argued developers always have to err on the side of the players.

"Just accept that you're not going to make as much money as you would off a pure freemium app," he said in regards to hybridised apps.

Later apps built in the freemium model from the get-go would make developers their profits. Serving the existing players first helps in terms of community spirit and referrals.

In this way, Appy chose to integrate rewards with in-app currency. Players had already been competing with each other in Trucks & Skulls to gain rankings. Appy aligned that system after the pivot with its freemium system.

Now the rankings earned playing the game were gold to be spent on in-app purchases. New players could get rich for free but slowly, or spend cash to jump the line. O'Connor stressed the importance of examining what players were already doing, and then laying freemium mechanics over the existing system.

Appy had also been worried about upsetting its existing players, but adding the gold-earning system actually deepened the gameplay.

When Trucks & Skulls had been a premium app, players were competing for poker chips. After the pivot they were playing for money; not a lot but enough to give the game an edge. The gold mechanics created a long term motivation arc and increased player retention.

Appy used a legacy rewards system for existing players, retroactively rewarding them gold for their progress in the game, and gave new customers a little gold to get them into the store for the first time. Some existing players were given enough gold to buy everything in the store - again erring on side of players

Messaging the re-introduction was another facet of a pivot that developers needed to be cognisant of, O'Connor said.

Appy went quiet when it started the Trucks rebuild, as it was worried customers would react badly. Appy told players that a big update was coming and for most customers left it at that, but a few superfans were given builds to solicit feedback.

Appy re-introduced the freemium version as a new game, Trucks & Skulls Nitro, by laying a new title over the existing app. The games press was reluctant to review Nitro as the game had already been out, but the title change and some promotional videos helped Appy get some coverage.

O'Connor reminded developers to not forget about expendables or consumables, which Appy didn't add into Trucks & Skulls Nitro when the pivot was first made.

In expansions to the game, Appy introduced nitro fuel to make the trucks go faster. O'Connor also suggested ad strategies that favoured players of the premium build. In the case of Trucks, old players never saw ads after they updated to the freemium version, but new players would have the ads turned on.

The proof of a successful pivot in terms of community was seen as after Trucks & Skulls was switched to a freemium model, not only were there no customer complaints but the average review score increased, which surprised Appy.

Adobe highlights the 60fps power of Flash gaming thanks to AIR 3.2 SDK