F2P 2012: Free-to-play established in Europe, but it's a hard sell in UK, says InnoGames' Volker Dressel 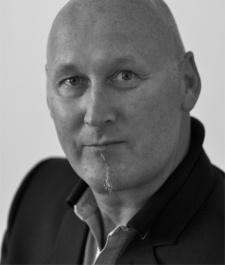 March 28th, 2012 - 04:06pm
By Keith Andrew
While speakers at mobile events in the UK often feel the need to justify the free-to-play model, Volker Dressel's talk at the Free2Play Summit in London seems to suggest that European gamers are already sold.

Dressel, who serves as CMO at German developer InnoGames, said UK consumers have an entirely different understanding of what free to play means than those in the rest of Europe.

"In Europe, free-to-play is already a big and successful model," said Dressel, claiming users across the continent have become used to the model through browser-based titles.

"It's much harder in the UK, however. Every time I talk to my friends over here about free-to-play games, they think it means social."

While this will undoubtedly worry those looking to operate in the space on British shores, Dressel suggested that it's not only the way we pay for games that it changed  it's also when and where we play them.

The one barrier to entry, however, is the fact that specific games are often still tied to specific formats.

"My son doesn't understand why he can't pick up any device and play the same game," Dressel said, stressing the need for developers to think cross-platform.

InnoGames, which recently announced a move on mobile, is aiming to bring every new game it develops to multiple platforms at once, according to Dressel, but it hasn't created specific development units to meet this aim.

"We don't have a specific mobile unit, like other developers do," he concluded.

"We develop all versions as one. This is how you keep the experience universal. And we do not depend on social platforms  we do all this internally. If we believe we are a success, then we know how to develop our games and monetise our games by ourselves."