And better value than World of Warcraft 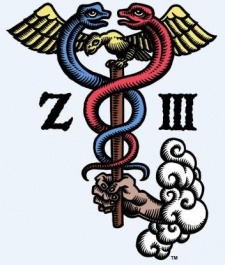 Since Zee-3 added a total playtime leaderboard to the Bafta-nominated puzzler, it's become clear that many players are racking up hundreds of hours in the game.

"The top player on the leaderboard has currently played the game for almost 400 hours, which is probably the total amount of time I've spent on Bethesda RPGs Skyrim, Oblivion, Fallout 3 and New Vegas combined," explained the game's co-designer John Pickford.

Typically, you 'can' finish Skyrim in around 100 hours, although some take far longer.

"The top 10 players have all clocked up around 100 hours or more, and the total playtimes drop off very slowly as you go down the leaderboard, so it isn't down to one or two freak players," added Ste Pickford.

He continued, "Magnetic Billiards: Blueprint is a deep and rewarding game which seems very obvious at first, but only reveals all of its subtleties slowly, through many short play sessions over days and weeks."

"At such a low price we think it offers way better value than any console or PC game."

To prove their point, the Pickford brothers have produced a not entirely serious 'value table' which compares the cost per hour of a number of popular leisure activities.
Magnetic Billiards costs 99c to download and a $7.99 IAP unlocks all in-game content. So, if you played for 100 hours, Magnetic Billiards would cost roughly 9c per hour.

In comparison, a World of Warcraft subscription if played two hours per night costs 32c per hour, and the recently-released Avengers movie costs $5 per hour, and a Starbucks coffee costs $1 per hour (at least when measured in terms of caffeine buzz).