From the TIGA Awards: CSR Racing, Score! Classic Goals and LittleBigPlanet Vita come out on top

The biggest winner of the night was undoubtedly thechineseroom  the team of three behind PC indie darling Dear Esther  who ended the evening holding six (quite weighty) TIGA gongs.

However, mobile and handheld gaming studios picked up plenty of prizes too.

The hotly contested game of year award, for instance, was awarded to Middlesbrough-based studio Double Eleven for its work on LittleBigPlanet Vita. The company's CEO Lee Hutchinson won his own award too  the TIGA leadership prize.

NaturalMotion also walked away with some silverware, picking up the award for best publisher. CSR Racing's phenomenal success was also recognised with an award for best casual game from a large studio.

The award for best casual game from a smaller studio went to another Oxford-based mobile developer  First Touch Games for Score! Classic Goals. 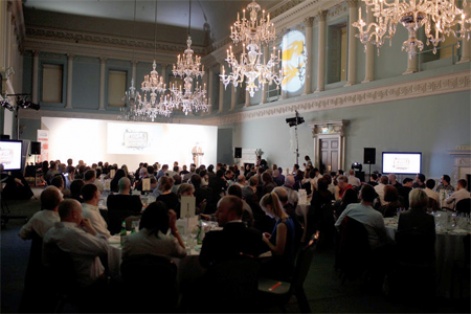 GamesAnalytics won an award in the tools and technology company, while Dundee's Denki won two awards for its Risk/Scrabble hybrid Quarrel  best serious game and best social game from a smaller studio.

The awards were specificially for the Xbox Live Arcade incarnation of Quarrel, however, rather than its work on the 2011 iOS title Quarrel Deluxe.

Fireproof Games won the coveted best game design award for its work on eerie adventure game The Room. The studio's various outsourcing work was recognised with a win in the best service provider category, too.

In the run-up to the TIGA Awards, we asked Fireproof Games' Barry Meade how he felt to be nominated.

"We're happy and proud that we created something considered world class and nothing at all will change that, win or lose," he answered.

"Having said all that, if there's a drinking competition all reasonableness and modesty will fall away - we'll straight up murder the bastards."

Fortunately, despite an after-party that went on well into the wee hours, it didn't come to that.
Congratulations to all the TIGA Award-winners.