And why iOS is the ultimate innovator 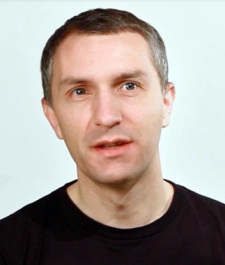 It might seem like a strange question to ask as the release of Scattered's flagship title - The Drowning - nears, but based on his talk at this year's Game Developers Conference in San Francisco, why he left has motivated everything he's done since.

To put it simply, Cousins used his talk to reveal his departure from EA came about because the market it was knee-deep in risked being 'disrupted' by new players.

"When people use the word disruption, they don't realise it's actually a very structured and defined word," detailed Cousins.

"Disruptive innovation is something that improves a product or service in a way that the market does not expect. It can also results in worst product performance in the near term."

In 2010, Cousins claimed, some of the games industry's biggest players  from major publishers to platform holders  looked like they were about to be disrupted by by the likes of iOS, Android and Facebook, as well as the free to play companies and digital delivery specialists operating on them.

Cousins put this theory to the test, using the advance in graphics on respective formats  consoles, mobile and browsers  between 2005 and 2011 to see which of the platforms were progressing the quickest.

There was no competition. Mobiles and browsers had made major leaps, whereas console  even comparing a late PS2 release to a modern-day PS3 release  had moved forward at a far slower rate.

In the end, Cousins opted to work on mobile over browser because the latter's biggest player  Facebook  was wrapped up in a close relationship with Zynga that he believed would stifle innovation and progression.

And so, Cousins' relationship with ngmoco  then recently acquired by one of the kind of disruptors, DeNA, that had previously caught his eye at EA  was born.

"It's very rare that incumbent can react to innovation," said Cousins of the current console climate.

"That's why the likes of THQ have collapsed, and why we could see platform holders collapse. They know what to do, but they just can't fire the engines quick enough."

Cousins believes one of mobile's biggest advantages is that it reaches out to consumers at times when console content simply isn't an option.

"Unless you're going to take your Xbox on the bus, mobile is your only route," he concluded.

"There is no way a PS3 or Xbox could compete with the personal moments people have on mobiles  we can reach out to people at times when they can't get any other content."

As such, there's no point of trying to take on console releases such as Battlefield or Call of Duty with mobile releases. You need to make sure your title feels like a mobile game, and is designed to take advantage of its chosen platform rather than simply live with it.

It's an approach that has defined the development of Scattered's forthcoming release, The Drowning. 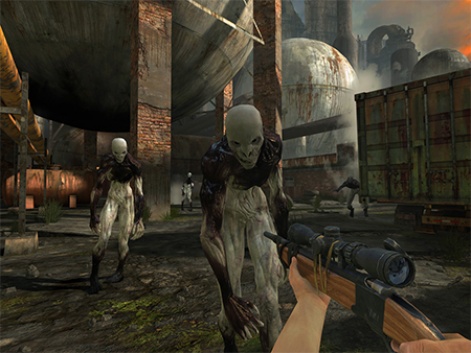 Rounds in The Drowning last no longer than 2 minutes and the game as a whole is designed to be played in 30 minute sessions, said Cousins.

It can also be played with two fingers on one hand  tapping the screen with two fingers fires your weapon, while touching with one moves you through the level  and there are no in-game cut scenes or lulls in the action.

Whether or not The Drowning lives up to its billing is yet to be decided, but it will launch into an environment where large quarters of the tech industry are falling into the trap of delivering nothing more than a series of sustained improvements  mere upgrades on the previous year's model.

As such, the next sector to run into trouble, Cousins predicted, could be the TV industry, which is betting the farm on 4K  the next upgrade to 1080p HD.

"Incumbents get trapped in a cycle of sustaining improvements, just trying to improve on last year's model," said Cousins.

"It's called performance oversupply, and it's why the DVD Audio didn't take off, but why Napster and iTunes did. People were happy with the quality CDs provided  they just wanted an easier way of accessing CD quality content."

To get the full benefit of a 4K set, Cousins had worked out, he'd need a 150 inch TV set to replace his current 1080p Sony television.

"You could potentially say iPhone is also guilty of sustained improvements, but I think iOS is actually the disruptive element," Cousins concluded.

"Apple is very smart in that it understands it's about how you access the platform. The form factor isn't necessarily as relevant."