How InMobi increased Ruzzle's eCPMs in Italy by 20%

May 6th, 2013 - 10:01am
By Jon Jordan, Contributing Editor
Swedish developer MAG Interactive has been riding a big success with its word game Ruzzle.

It has over 25 million users and has generated more than 3 billion sessions to-date on iOS and Android - not to mention gaining Mag Interactive a placing on the 2013 PocketGamer.biz top 50 developers listing.

Still, popularity has to be converted into revenue, and with a relatively IAP-light experience like Ruzzle that means turning freeloading eyeballs into cash via mobile advertising.

And this is where ad networks such as InMobi come into play.

Indeed, Ruzzle has recently been popular in Italy; something which resulted in MAG Interactive and InMobi working closely to match high quality inventory with premium ad campaigns.

The result was what InMobi claims were 20 percent higher eCPMs than competing ad networks.

We fired over some questions, with MAG Interactive's CEO Daniel Hasselberg and InMobi's GM for performance advertising and developer platforms Piyush Shah, providing the lowdown.

Pocket Gamer: Can you give us some background to MAGInteractive and how you came up with Ruzzle?

Daniel Hasselberg: We formed in 2010 and started making our own games in 2011. Social word games really took off in Sweden in 2011, which inspired us to move in that direction.

As a word game, how many languages did you launch with and how different was the response in different countries?

We launched with seven languages and now support ten. Initially it worked best in Sweden, Denmark, Norway and Holland. 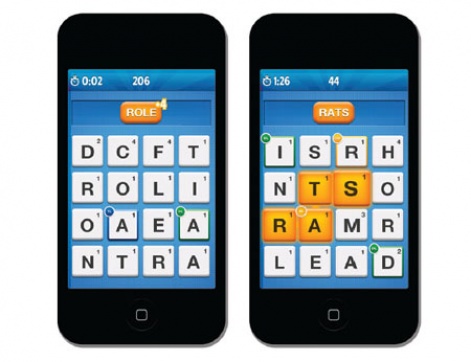 After about six months, Ruzzle started to take off in Spain and Italy and later the US. Currently France is our fastest growing market.

I think the game was originally available for free without IAP, so was in-game advertising always an important revenue stream?

Actually, we have always had an IAP, but in-game advertising is still an important revenue stream for us.

When and why did you start to work with InMobi? Did you try any other ad networks?

We started working with InMobi in early 2013. We work with about ten different ad networks.

In terms of this case study, how did you build up such a strong Italian audience and was it particularly on Android or iOS?

We started with iOS and then continued quickly with Android. We did marketing on other apps to make the game take-off. It is very viral in nature and Facebook and Twitter have been fantastic for our growth.

From InMobi's point of view, when a developer wants to target a particular country, how do you go about helping it?

Piyush Shah: Our team of mobile experts works closely with developers to optimise their inventory by sourcing relevant and localised campaigns that deliver higher eCPMs for publishers.

Why do you think InMobi could provide a better service in Italy that competing networks?

InMobi works with thousands of premium advertisers across the globe, thereby providing developers access to premium ad dollars in almost all countries, including Italy.

Is Italy a specific example or do you think InMobi could match this performance in any developed market?

As this attracts thousands of premium advertisers to our network. The advances we are making in tracking and analytics also enables us to optimise publisher inventory to maximise revenues in any part of the world.

When it comes to in-game advertising, you always need to balance CPM and fill rate. How hard is it to do this in such a way as to generate meaningful revenue?

InMobi's ad Network assigns a unique quality score to the app/site and uses this information to improve ad relevancy, ensuring a balance between CPM and fill rate.

While striking a healthy balance between eCPM and fill rate is indeed important, our platforms are built intelligently to handle this challenge effectively.

Thanks to Daniel and Piyush for their time.