Help the Heroes the benefactor 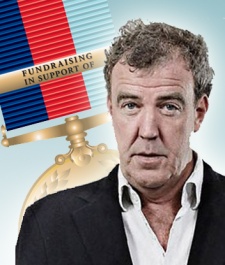 October 9th, 2013 - 04:53pm
By Matthew Diener, US Correspondent
Hero Bears, a new app from Supersonic Software, is aiming to become the world's fastest-selling charity app, drumming up support for wounded soldiers and their families.

Published by AppyNation, the endless runner features storybook-quality hand-drawn teddy bears that players have to guide through levels full of obstacles and pitfalls.

The game's other big draw, however, is the charity element, which will see £1 of every £1.99 purchase going directly to Help the Heroes  the UK organisation that helps former British servicemen and women.

In a bid to catch the eye of consumers, Supersonic has also recruited Top Gear presenter Jeremy Clarkson, who heaps out admonishments to gamers who post law scores.

Counterbalancing Clarkson is early morning television presenter Lorraine Kelly, who provides words of encouragement for players as they progress through the game's levels.

Importantly, however, both personalities are part of the publisher's promo push to ensure the charity app becomes a record breaker.

"Both changing things for the members of the armed forces who will benefit directly from the game's - and Help For Heroes - success, and changing the games industry itself. There is a long way to go before we're accepted  unilaterally and without thinking  as a force for good in society as a whole.

"If this venture is a success, well have taken a serious step towards that. And if anyone wants to help us achieve this ambition, please please do so here."

Those interested in downloading Hero Bears can do so from iTunes, the Amazon App Store, or Google Play.