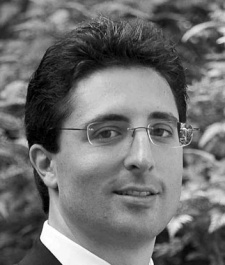 Niccolo de Masi, chief executive at Glu Mobile, believes Google Glass could usher in a new era of mobile gaming, comparing it's impact to that of Apple's iPhone.

Speaking with VentureBeat, de Masi revealed that Glu has already developed a game for Google's wearable tech in the form of Spellista, a word puzzle game.

Glu worked closely with Google in order to create and tailor Spellista for Google Glass, and de Masi believes that by getting on board early, Glu will be ready to capitalise when Google Glass experiences its own 'iPhone moment'.

"Every five or 10 years, something more revolutionary than evolutionary comes along. Its been six or seven years since the first iPhone. This could be one of those moments," explained de Masi.

"I'm cautiously optimistic that this is an iPhone moment, so to speak. If you think about how quickly hardware and software progress these days, this thingIm sure you've heard that the prototypes now are not even two years old.

"They were the size of a laptop. Look at it now. Imagine where it'll be in two more years or four more years."