Microconsole matters: Why Ouya is more than just a 'dumb games computer'

Tadhg Kelly reveals why there's no war with Xbox and PS4 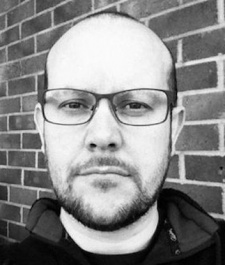 Some might say it was a bold move for Ouya's Tadhg Kelly to dub his talk at this year's Casual Connect Europe in Amsterdam 'rise of the microconsoles', but there's reason to believe 2014 could be a more potent year.

Not because anything around the microconsole scene is going to radically change in the months ahead  Ouya is, he admitted, still finding its feet.

Rather, it's the debate that's surrounded microconsoles and their role in the industry in 2013 that should start to shift.

For one, tech journalists aplenty have become fixated with the idea that microconsoles are direct rivals to new machines from Sony, Microsoft and Valve, Kelly argued, but the two scenes actually cater for different markets.

"Most consoles are pitched as the IMAX of gaming," Kelly opened. "They're pushed as the most blistering experience you'll ever have and, as a result, they're seen as the big domain of big players.

"Console operates on a very big scale and, much like Hollywood, that can make it difficult for the smaller guys to break into."

Affectionately labelling consoles as "dumb games computers", Kelly said the current buzz around the launches of PS4 and Xbox One would have you believe that the console model is incredibly successful.

That's not necessarily the case longterm, he argued.

"All three major console makes seem to continually exist in a world of near total collapse," he added, pointing to Nintendo's Wii U difficulties, calls from investors for Microsoft to pull out of the games race and Sony's sticky habit of posting major losses.

For many, the console market is unsustainable in its current form.

"A microconsole is a lot of things that aren't that, essentially," he continued. "It's still a dumb console, but one that's a bit smarter. Ouya pretty much actively encourages users to break it open and mod it  it operates more as a hacker's box rather than just a dumb entertainment channel."

Race to a million

Kelly claimed that the rise of Xbox One and PS4 is actually deflecting attention away from a microconsole scene that's still in its difficult formative stages.

And, in the case of Ouya, those formative stages have proved more fruitful than many would have you believe.

"I'm not here to talk numbers, but I can say we've sold more units than people think," he continued, pointing to a total of 650 games and 32,000 registered developers.

"A lot of people also think Ouya is just a Towerfall playing machine, but that's not even our most played game - Amazing Frog is."

Kelly admitted that Ouya "doesn't have a million seller" on its books just yet, also going as far as to claim that the fresh nature of microconsoles means Ouya is a "messy" proposition right now, but the machine still has notable advantages for developers.

"We don't have a lot of hoops for you to jump through  if you send the APK to us, we basically load it up and check it doesn't crash, and then you're good to go," he added, claiming that said open nature leads to a level of variety in content that console's just don't boast.

A matter of myths

But what of Ouya's difficult first year? Surely the platform's marketplace is just full of cheap Android games made for mobile that don't work on the big screen?

"This is something a lot of developers get hung up on, but consumers don't care that Ouya runs Android. To them it's just an operating system  so what. It doesn't mean that it only plays mobile games," he concluded.

Another Ouya myth, Kelly argued, was that TV is dying. "People may not watch as much live TV any more, but they still have TVs that you can plug games machines into, and I don't think there's a plan to stop making TVs any time soon."

Kelly did admit, however, that microconsoles do not yet offer the scale of downloads developers can enjoy on mobile.

"It's not the case that people should take their 50 strong dev teams and start making microconsole games exclusively  it doesn't have that kind of scale just yet," he concluded, pushing Ouya instead as an "accelerator platform" for indie outfits.

"It's a good platform to make low scale investments in the future. But, if you do have something more significant to offer, come talk to us, because we are always looking for more content."