Taking interactive to the next level, AppScotch unveils its plans to make mobile ads playable

Wave goodbye to the static banner 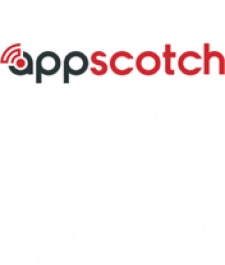 California-based start-up AppScotch has exited a six-month stealth period to announce a new service that enables advertisers to use banner ad space for playable demos of games.

A natural extension of the movement towards interactive ads, AppScotch's service requires interested parties to upload a game to its servers.

Once hosted, AppScotch transforms the game into a fully virtualised, streaming sample which can be delivered to potential players.

This service is similar to Agawi's recently-announced AppGlimpse service, which also focuses on delivering playable, streamed demos of games in traditional ad space.

The logic behind AppScotch's approach is that players will convert better based on instant engagement with the game.

By offering a 'try-before-you-install' approach, AppScotch - which seems to be a play on hopscotch - allows new players to skip the store visit, install, and launch steps required to play a new game as they can begin interacting with it instantly.

Those interested in learning more about AppScotch's services can visit its website, and/or watch the video below.