No money spent on PR or marketing 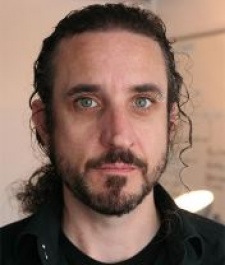 Fireproof's Barry Meade has revealed combined sales of both The Room and The Room 2 have hit 5.4 million, noting that said figure was achieved without spending "any money on marketing or PR".

Revealed via a series of tweets, Meade's point seems to be that word of mouth can have a larger bearing on mobile success than experts give it credit for.

"This all happened without Fireproof spending any money on marketing or PR or analysts or analytics," detailed Meade.

"We had no experience of mobile, we made it up as we went along, our game wasn't a service and we believed in gamer word of mouth. Point? Dunno. But maybe what mobile games needs is less databollocks and more devs who believe in gamers and what gamers want."

The Room and The Room 2 have, of course, been critically and commercially successful, with both titles regulars on awards shortlists.

Along with the likes of Vlambeer's Ridiculous Fishing and Badland by Frogmind, amongst others, The Room series is generally held up as a flagbearer for the continued potency of premium titles.

Indeed, Meade is no stranger to speaking out on the rise of the free-to-play model. Back in December, Meade told PocketGamer.biz that the idea free-to-play is the ideal business model for all games had "seen its peak".

"I'm sure F2P revenue and gaming will go strength to strength but I'd hope developers take note that the model only works for some and is not the gold rush everybody treats it as and - more importantly - is certainly not the only model the platform can support," he detailed.

"And if developers go with this, over time it should mean more original, more interesting games get made and generally a maturing of mobile as a gaming platform will follow. So, though we have some pain now I hope it will mean better games and stronger devs in the future."