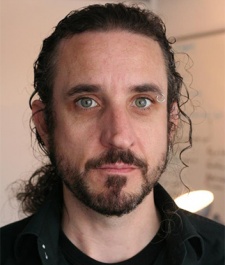 Barry Meade, co-founder and director of The Room developer Fireproof Studios, has claimed his studio hasn't ruled out releasing a free-to-play game in the future but only if it suits the gameplay.

Speaking to PocketGamer.biz as part of a feature on monetisation set to be published later this week, Meade said developers need to stop focusing on models and start focusing on the games themselves.

"I think Fireproof would let the game decide the model - if we came up with a cool idea that played a like a free-to-play game we would probably make it free-to-play," Meade stated.

"But for the moment we want to make more immersive games and so paid just makes more sense. To us what's important is that the model supports the game, not the reverse."

Meade has been a notable commentator on the what he has previously dubbed the "call for total monetisation", having told PocketGamer.biz that the trend for developers to focus on how they get their players' cash is slowing progress as "many good ideas won't work with it."

"The fundamentals of the industry are still the same they were 20 years ago," Meade told us last year.

"Make something entertaining and better than your competition and people will give you money instead of them. If you know nothing else about the market but that, you can still build a business.

"How you get there is your decision and your options are actually really broad if you are small, and personally I would say chasing player joy and delight is a lot more attainable than plotting vast charts of data-driven financial models to take on EA and Supercell and the hordes of devs between you and them. "

You can read Meade's full comments  where he also calls on developers still working on paid games to "be realistic" and not to expect "haystacks of cash" even if the sales roll in  later this week on PocketGamer.biz.