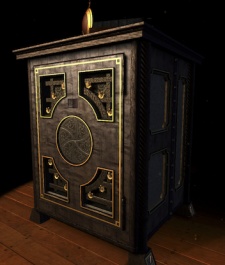 Fireproof Studios, the developer responsible for the critically acclaimed mobile titles The Room and The Room Two, have released an infographic that sheds some light on the series' success.

According to the infographic, the iPhone version of The Room, which goes by the name of The Room Pocket, had a 12 percent conversion rate, with roughly 1 in 10 players unlocking the full version from the free release.

Most of the game's sales came from the App Store, with 86 percent of purchases being made on an iOS device.

It's also been revealed that The Room took 14 weeks to reach 1 million downloads, while The Room Two pipped its predecessor to the post by reaching that figure in just 13 weeks.

All in all, The Room and its sequel have been downloaded 9,730,000 million times across all platforms, with total unit sales clocking in at a cool 5,440,000 million.

Another interesting point was the budget for the second game in the series was more than double the original's $270,000 cost.

To see the stats for yourself, you can check out the infographic below.