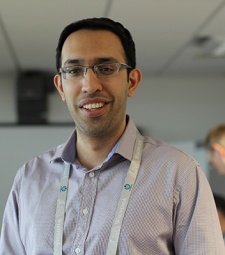 "We have 70 million monthly active users digesting our content, and 400 million mobile downloads. 90 percent of that is organic. We haven't really used any paid UA techniques."

It's a good question, and most developers would jump at the chance to increase their market presence without spending a penny on user acquisition.

However, as you probably suspected, the answer isn't a simple one.

According to Choudri, Miniclip's success can be partially attributed to the fact that the company was intent on giving away games for free at a time when $60 console games controlled the market.

By refusing to follow the crowd, and offering something a little bit out of the ordinary, Miniclip built a future for itself.

"Zero comes up a lot, because we've spent nothing on marketing, and we have no dedicated SEO, marketing executives, or PR executives," explained Choudri.

"Because we've been around a long time it means we've got a good position in that Google search algorithm.

"Miniclip started out to provide a free-to-play website that allowed people to visit a website and play a game. At the time that didn't really exist in the market, especially in the west."

Free-to-play games might be the bread and butter of today's mobile market, but at the very beginning of the 21st century, when humanity was celebrating surviving the ominous threat of 2KY, freemium gaming was a radical notion.

"Webmasters and web owners really loved this, because it allowed them to drive content and traffic. That very quickly gave us a global footprint.

We try to make everything topical, stackable, intuitive, and overflowing with quality.

"A lot of the times people would get their first games fix from the website, because people from countries that perhaps didn't have access to consoles could get access."

Making the leap from web-based gaming to mobile is a move that might scare some developers, but Choudri explained that both platforms are built around a very similar set of core principles.

Cracking the mobile market was a new challenge that felt strangely familiar.

"We utilised that principle of just give it away. We would put a free version on the website and promote it on there so that our users would know our icons when they see it on the App Store," said Choudri.

"Through things that we've done we know that we have about a 30 percent conversion from web to mobile.

"The reason we have that is because people recognise the brand, they recognise the game, and people want to take that experience with them from web to mobile.

"We try to make everything topical, stackable, intuitive, and overflowing with quality."

Fine tuning your user experience is also hugely important. At the end of the day, you have to make a game that people want to play. Talk to your consumers, because they're the one paying your wages.

"Everyone goes on about user experience, but we do take it very seriously. Generally speaking, any game that you see on the front page of Miniclip has been chosen by a team of gamers.

"We ask our community, we ask our people, which means that when users go into our games they just want to pick up and play.

If you make things simple you'll see the benefits.

"Not only do we take stuff that's relevant, we also have licensed properties, such as the official London 2012 Olympics game, and a game based on the ALS Ice Bucket Challenge."

The stop-start nature of mobile gaming means that developers should look to bring players into their game as soon as possible.

Don't waste time on tutorials, gratuitous menus, or reams of exposition: put your players in control straight away.

"Within two clicks you should be in a game. That's a philosophy we've taken into mobile. We also believe in repeated sessions, because people love to snack. For example, 423 million minutes is spent on Miniclip content everyday," offered Choudri.

"Another thing we do are intuitive controls. We spend a lot of time prototyping our control system, and we really spend a long long time on them.

"I can't stress to you that simplicity is probably more difficult than complexity, but if you do make things simple you'll see the benefits."

For every hit, there are going to be some misses, but Choudri believes that Miniclip's uncompromising focus on building quality games has helped it find stability on the most unpredictable of marketplaces.

"We spend a lot of time refining our art, working on the quality, making sure that the game runs smoothly and that the frame rates don't drop. It's very hard to scale graphics up, but it's important to spend time on that," finished Choudri.

"All of this has really helped us get stability in mobile, and I think that's the key in mobile at the moment.. Creating a game that has staying power and sticks in the mobile industry, is really how you find success on the platform.

"When we talk about the future we're not anchored by any of those things. We don't like to dwell on the past,

"This isn't gospel, but if I was to give you three lessons I'd say: define your brand principles; remain flexible; and keep refining."