No reward without risk 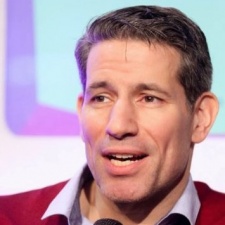 In his role as EMEA Director of Sales, Oliver Clark spearheads the growth of mobile app user acquisition platform Fiksu in Europe and the Middle East. Oliver manages Fiksu’s burgeoning London office which services brands and games clients across the region. He brings 16 years of experience in the telecoms and IT sectors having held sales leadership roles at Anite Telecoms, Computacenter, and Genisys MicroAge. Oliver is a graduate of London Metropolian University.

How can developers make sure they stand out on the app stores? It's a question that's touted time and time again in the mobile industry, largely because there isn't one right answer.

Some developers attribute their success to dumb luck, others believe it's all about wielding the power of social media with a ruthless precision, while there are those that suggest being featured by Google and Apple is the only sure fire way to ensure your game is seen.

One man who believes he can help developers struggling to make sense of all the voices is Fiksu's Oliver Clark, who, speaking at Pocket Gamer Connects Helsinki 2014, discussed how developers can overcome the dangers of discoverability.

The age of apps

"It's hard to be found, so what are the choices you have when you're looking to be discovered and acquire new users?" asked Clark.

"We know that the apps themselves are going to be one of the most important platforms for delivering content, but, despite the fact that people might touch their devices over 150 times a day, part of the challenge is created because they might not use many of the apps they have on their device particularly frequently.

"The average user has 40 apps, but may only use 15. Just over 20 percent of all downloaded apps are only ever used one. So, the challenge is real, the challenge is there. How do you find users, how to you get them, and how do you keep them engaged at a price you can afford?"

The answers to Clark's tantalising questions can be found in the video below.

Make sure your player segmentation isn't too granular, says Fiksu