Subscribers get everything for free 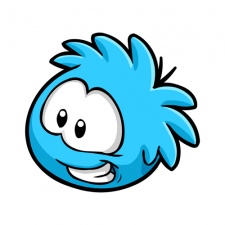 Following criticism of its IAP policies in previous games, not to mention wider consumer concern about the model, Disney has come up with a neat parent-friendly approach for its latest F2P title.

Puffle Wild, the latest addition to the company's globally successful Club Penguin franchise, contains IAPs but existing subscribers to the virtual kids world don't pay anything extra to unlock all the game's content.

It means that while Club Penguin subscribers - who pay $6 a month - can play the match-3 game's 75 levels with access to all future updates and bonus features, those playing á la carte only have access to 60 levels.

They'll have to pay (or grind) to open all the available power platforms, access new levels, and collect rare puffles.

A new way to retain and monetise

Disney has previously been criticised for its over-zealous use of IAPs in the Where's My Water? games.

The studio was forced to remove the controversial energy system at the heart of Where's My Water? 2 after fans complained they were being panhandled for the opportunity to play the game at length.

Puffle Wild demonstrates Disney's be cautious awareness of this situation, and limits IAP options for non-members to just 15 unique instances, with a maximum value of $3.99.

Disney has even included a helping hand for those without membership who don't wish to part with their cash; a blue puffle will be made available that can help players progress through the game.

Of course, the game also contains the option for parents to create a Club Penguin account, hence generating upsell opportunities for the brand.

"Mobile has become a significant and growing platform for Club Penguin, with 25 percent of our players now coming from mobile and tablet devices," explained Chris Heatherly, Disney's SVP of mobile games

"With Puffle Wild, we're extending the Club Penguin offering on mobile, while also providing a more family-friendly model for players to expand their game experience."