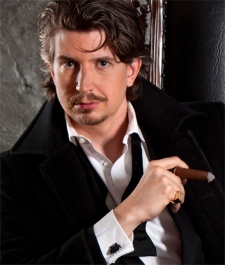 Joining Swedish game veterans Martin Vilcans and Carl-Arvid Ewerbring, Resolution Games will develop a broad variety of games, including those in the virtual reality sphere.

The developer currently comprises of three people working in Stockholm, with a fourth set to join the team soon.

Palm broke the news in an interview with GamesBeat, saying that while he’s greatly enjoyed his three years at King – going so far as to call it “the best company I have worked at” – the bottom line is that he just “really like[s] starting companies.”

He said that King hired him to aid the company’s transition into mobile games, a task that he completed with gusto as its match-3 puzzler was only the second game to generate $1 billion in revenue.

It was just beaten to the #1 spot by GungHo's Puzzle & Dragons.

This success was also one of the key factors in King’s ability to go public with a $6 billion valuation last year - the same year that King launched the commercially successful follow-up Candy Crush Soda Saga.

However, Palm said that he’s at his best when working in small groups, leading to his decision to found Resolution, which wil be his fifth start-up.

Palm is also working with other Swedish entrepreneurs to fund Stugan, a game accelerator that will aim to help young Swedish companies grow their businesses.