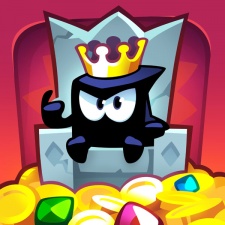 So it's now rolling out a new feature -  the competitive Guild Battle element.

Guild Battles pit similarly-ranked guilds against one another for glory, rankings, and in-game currency.

“Guild Battles ups the ante - so to speak - of what King of Thieves has to offer players,” said Misha Lyalin, CEO of ZeptoLab.

“It’ll add another layer of competitiveness to the midcore experience that guild members have been asking for.

"With millions of players around the world joining guilds and plundering each other’s dungeons, we anticipate an all-out war to break out over-the-top rank positions.”

King of Thieves is free to download on the App Store and Google Play.

You can also see our take on the game's monetisation here.