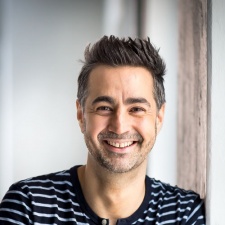 Futurefly’s HQ has been built on a bedrock of mobile gaming talent in Helsinki, Finland.

Nine employees are attached to the roster, including veterans from companies like Remedy, EA, Sulake, Grey Area and Microsoft.

The idea of Futurefly is to inject gameplay into consumer apps that have traditionally been non-game related.

We are on a mission to disrupt the consumer app space with games.

The first project – codenamed “Knockout” - revolves around a mobile game messenger app in the same vein as WhatsApp, Kik Mesenger or WeChat.

The cinch, however, is that it boasts core playable game mechanics that are central to the experience.

“We are thrilled to be healthily backed by our investors at this stage, both financially and on our vision,” said Häkkinen in a statement.

“We are on a mission to disrupt the consumer app space with games on the top of our minds.

"We are designing consumer apps with playable mechanics as part of the primary input mechanism.

"This is a new take, and something that is better shown than talked about. Fortunately we are well into the development of our first installment, so you won’t have to wait too long.”

You can find out what Ozz gets up to at Futurefly's website.

Futurefly gains more investors, taking its seed round to $3 million

Futurefly doubles down on augmented reality with Miso Happy app