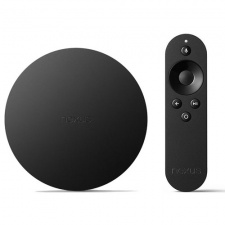 It's taken a long time for Google to start to populate Android TV in terms of content.

The process seems to be well underway now, however.

On the games side, these include titles such as Mediocre's Does Not Commute, global favourite Crossy Road, EA's NBA Jam, and high-end episode adventure The Talos Principle.

Of course, content-wise, this remains a small subsection of what could be available.

But with a push from hardware companies - including Nvidia, which recently released its cutting-edge Shield Android TV in North America - it will be interesting to see if the platform can gain more leverage than the many Android-based unconsoles like Ouya and GameStick, which failed to make Android gaming stick on the TV screen.

Google is also looking to help in this regard, talking up the potential of its Cast (previously Chromecast) hardware to bringing gaming to TVs.

Animal Crossing is getting a makeup line