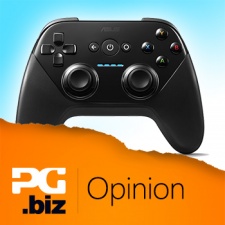 It says something that I've had a prototype Android TV unit - known as the ADT-1 - for almost three months now and only remembered when I found its lovely green box hidden on a chair under a load of neatly folded clean t-shirts a month or so ago.

Indeed, I wasn't entirely sure what it was when it was handed to me at the Unite 2014 conference. When friends told me, I was quickly – and, it turns out, quite accurately – informed that it's “Google's Apple TV”.

That perhaps explains why I was in no rush to set the unit up when I got home.

Having briefly had an Apple TV unit for review, I was less than impressed.

Like the Apple Watch, Apple TV seems to be a product without a problem to solve, or a "hobby" as Steve Jobs famously called it.

In Android TV's case, comparisons with Apple TV are superficially on the money.

In Android TV's case, comparisons with Apple TV are superficially on the money. The unit itself is roughly around the same size, plugs in to the TV via an HDMI cable and, on the whole, sits silently, inoffensively below your TV set.

It does, however, come with a game controller.

(Actually, if we're talking pure design, Google has given Apple something of an 'arse kicking', if you excuse my Englishness: resting on four mini mounds, Android TV has a small light that shines down onto the surface below, changing colour depending on whether it's loading, updating, or sitting idle. It's a bit sexy.

The UI of the OS, too – an Xbox 360-like dash complete with big, bold tiles is leaps and bounds ahead of Apple TV, which resembles the last days of Teletext in comparison.)

What divides Android TV from Apple's variant, however, is the fact that Google has equipped its mini unit with games.

Although, given the device itself is currently in beta, there are only a handful to speak of, most of which seem to have been lifted across from the standard Google Play store. Safe to say, if you're looking to play games on your television, you're not going to go to Android TV for your kicks.

Despite coming with some exclusively-developed games, Amazon's Fire TV suffers from a similar issue.

Which might explain why Apple is yet to get into this particular game and while Android TV itself only exists in retail form of Google and Asus' Nexus Player.

In terms of Android TV, I've browsed the store and its scant selection of games. My initial thought was “Well, I hope that have more to offer when it actually hits retail.”

Then I questioned myself as to just what games I'd like to see make the leap. What Google TV games would really be at home on my television set? I couldn't really come up with any. The reason? Television's aren't mobile phones.

One of mobile's strengths is that it doesn't demand your full attention ... but console gaming is not something you can do while you're multitasking.

Nowhere is this clearer than when you start up an Xbox One.

Microsoft made a lot of noise during the console's launch about the system's “snap” feature, lifted from Windows. It allows you have more than one thing on your screen; you can be Skyping with your Grandma while also taking on Titanfall at the same time, or so Microsoft's promo blitz would have had you believed.

Since I picked up my Xbox One almost a year ago, I've only ever used the snap feature by accident – Kinect mishearing me calling out for it to “play that Kylie Minogue video one more time” or something, presumably.

To be frank, I don't want to watch TV while I'm playing a console game.

If my Grandma attempted to Skype me while I was playing Titanfall, I'd ignore the call. Console gaming is not something you can do while you're multitasking.

That is, of course, completely unlike mobile game, which owes much of its prevalence to the fact that you can play Candy Crush Saga while watching the football on your TV.

Hell, I managed to engage in a successful round of Friendly Fire on my iPad the other day while holding a conversation with a barista eager to tell me about the origins of the beans in my coffee. One of mobile's strengths is that it doesn't demand your full attention.

Have you guys heard of Netflix?

That's why multitasking quickly became such a big deal when smartphones took off. So instant are phones and tablets that people want to be doing multiple things at once.

I've made this analogy before, but smartphone apps and games are like soap operas – they draw huge crowds, but you don't have to devote masses of time to them. In the same way you can miss several episodes of your favourite soap and still be on board with the plot, it's possible to play Candy Crush without looking solidly at the screen.

Console games, in comparison, are like trips to the cinema. People go to the flicks to be immersed – you won't find many folks Skyping with their Grandma while watching Interstellar at the movies this weekend, for instance.

What Google TV games would really be at home on my television set? I can't really come up with any.

Likewise, the latest Call of Duty isn't the kind of experience that can be partitioned, squashed, or shoved across to the left hand side of your widescreen TV. It wants, it needs every part of your attention.

And this is exactly why Apple is yet to push games onto Apple TV and why gaming is a difficult hook on which to hang a technology like Android TV, just as Amazon has found with Fire TV.

In the same way that individual games don't sell smartphones, games as an entity are never going to sell devices like Android TV; anyone who wants to play games on their TV, who wants their entire attention focused on a big screen experience, will buy a PS4 or Xbox One.

The problem that Apple, Amazon and Google face, however, is that if games aren't what will transition their mini-TV units into mass-market devices, then what will?

How, exactly, are they ever going to represent anything more than yet another way to watch Netflix?

Why mobile games have no future on your TV screen