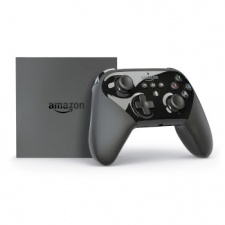 With Apple TV due in late October, Amazon has moved to refresh its similar Fire TV offering with new hardware.

Retailing at $100 and due out on 5 October, Amazon claims this has 75% more processing power and twice the GPU performance of the original box.

Particularly interesting is the announcement of a hardware bundle it's calling Fire TV Gaming Edition.

The new controller, which includes a new design, audio jack and voice search, can also be purchased separately for $50.

Fire in the pocket

The company has also taken the opportunity to refresh its Fire HD tablets.

Running Fire OS 5 (called Bellini), they will also be the first of Amazon's hardware to come with its new Underground store embedded; it's part of the OS.