Betting on the undead 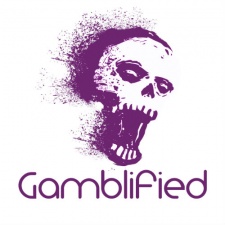 Cashplay has teamed up with Gamblified to provide the dead to its trigger in a brand new licensed version of the hit FPS zombie killing series.

Dead Trigger 2: eSports Tournament sets players in an arena, and tasks them with surviving as many waves as zombies as possible before joining the ranks of the undead.

Published by Gamblified, the eSports version of Dead Trigger 2 is powered by Cashplay and allows players to compete in head-to-head tournaments to win real-world cash prizes (if they create a CashPlay account.)

“The original DeadTrigger 2 is regarded as one of the most successful zombie shooters ever," said Michal Palecek, co-founder of Gamblified.

"Our core business is creating original games with real money against a house, which depends much less on player skill and depends also on their luck.

“However, we decided to make something also for the original Dead Trigger 2 hardcore fans and its best players so we created this version depending only on player skill.

"We created this product because we experienced an enormous interest in having it from players.

“With real money involved, the game gives much more adrenaline and breath-taking experiences to players”