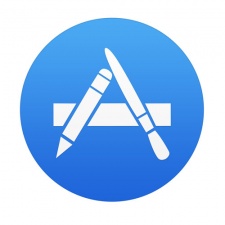 App Annie's latest report, entitled 'The Most Popular iPhone and iPad Apps of All Time', paints a predictable picture of the mobile games industry's current state of play.

Collecting games with the highest worldwide revenue and downloads since the App Store's inception, the resulting charts are unlikely to surprise anyone.

Candy Crush Saga is in at 2nd, and Puzzle & Dragons takes 3rd.

Few surprises in that line-up, then. What is interesting to note, however, is how little crossover there is between all-time revenue and downloads.

Aside from Clash of Clans (6th most downloaded) and Candy Crush Saga (1st), no games from the all-time downloads chart also feature in the revenue chart.

Angry Birds, Fruit Ninja, Temple Run and its sequel - all of these chart well in downloads but are notable absentees in the revenue chart.

And, by the same token, Puzzle & Dragons and Game of War: Fire Age - whose revenues are 3rd and 4th highest respectively - fail to make the top 10 for all-time downloads.

There are a number of reasons for this. It being an all-time list, it covers a period from 2008 until now - a period in which the mobile landscape has shifted dramatically. A lot has been learned about effective monetisation between 2009's Angry Birds and 2014's Boom Beach, for example.

An all-time download chart is also naturally weighted in favour of older games, many of which don't have the lifespan or revenue potential of more modern free-to-play games.

You can download the full report via App Annie.