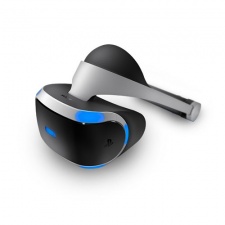 London-based analyst firm IHS has concluded in recent research that the PlayStation VR will outsell both the HTC Vive and Oculus Rift in 2016.

It predicts that the PlayStation VR will sell 1.5 million units, generating $500 million in consumer spending and potentially contributing $300 million in revenue for Sony.

The report points to Sony's expertise in hardware launches, the expectation that the PlayStation VR will be cheaper than its competitors, and the number of PS4's currently in use versus the number of PC's with the right specifications to run either the Oculus Rift or HTC Vive.

The report does say that this adoption will be slow to begin with, as it will appeal only to a niche audience until the market developers.

But IHS predicts that the installed base of VR headsets will grow to 38 million by the end of 2020.

“Overall we expect a slow ramp up of adoption and consumption of VR content,” said Piers Harding-Rolls, analyst at IHS.

“While the market is more advanced than ever, there are still a number of hurdles that need to be overcome before we see broader consumer adoption.”

The predictions line up with comments made by Unity CEO John Riccitiello at Unite 2015 Boston, who also stated that VR won't be a mass market until 2020.