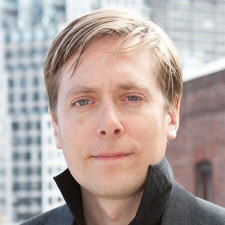 Providing a nuanced opinion, similar in some respects to that expressed by Wooga CEO Jens Begemann earlier at Slush 2015, Unity founder David Helgason spoke about its - and his personal - vision for VR.

“I’m very skeptical about gaming peripherals but my first experience with Oculus was intensely emotional,” he said.

Similarly, he’s excited by the fact that Unity is the engine being used to make the vast majority of VR games.

Unity will be supporting all VR technologies and is looking to encourage the whole VR industry, including with its VR/AR conference in the US in February.

Yet, he had a warning for developers currently in the space.

“We’re going to have to reset our assumptions multiple times before the market is ready.”

He also warned that the ecosystem - monetisation, social, content etc - for VR will likely be tightly controlled by the vendors - Sony, Valve/HTC, Facebook, Samsung etc.