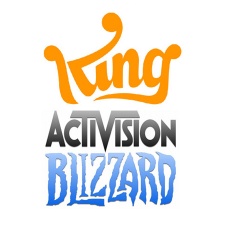 Mobile games publisher King (NYSE:KING) , which will be formally by Activision Blizzard in late February, has announced its FY15 financials, for the 12 months ending 31 December 2015.

These are likely to be the final figures the company releases as a separate entity.

(The difference between the two is a measure of money spent in-game (non-GAAP) and consumables used (GAAP).)

King ended the period with cash and equivalents of $1.1 billion, up $143 million from a year ago.

Drilling down into the October - December quarter itself, sales were $461 million, down 16% year-on-year and down 4% quarter-on-quarter.

"For the fourth consecutive quarter, both Candy Crush Saga and Candy Crush Soda Saga continued to rank within the top 5 grossing games in the Apple App Store and Google Play Store in the US.

"We are also pleased to have launched the third installment of the Candy Crush franchise, Candy Crush Jelly Saga, which introduces new challenges and game modes, including our first 'boss mode', to offer our players another fun way to play one of the world's most popular games."

Looking more generally at King's business, most metrics were down year-on-year.

The only good news in this regard was monthly gross average bookings per paying user were up 20% to $24.20.

In other words, King has been losing players and payers, but increasing the amount it generates from the remaining payers.