How user testing saved the project 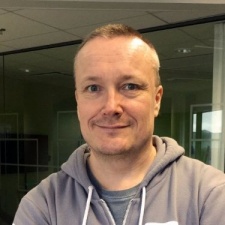 Creative Director at EA's Helsinki-based mobile studio Track Twenty, Petri Ikonen has been in the industry since starting as a game designer in 2003 at Sumea.

During that time, he's designed a number of mobile titles - the most high-profile (and challenging) of which was SimCity BuildIt.

"It's been on top grossing charts since launch, and I'm very proud of it, but it was difficult," says Ikonen on stage at GDC 2016's Smartphone and Tablet Games summit.

As such, he intends to reflect on these difficulties and the lessons he and his team learned from the game's arduous development.

The first challenge he identifies is that of working with such a well-known IP in SimCity.

"There are so many fans out there, and they have such huge expectations - are we able to deliver that?" he questions, recalling the concerns of the team at the project's outset.

Working with an IP that's been established on a non-mobile platform comes with its own challenges, too.

"It's not enough to bring the things from the PC version and adapt or port those - we had to pretty much build it from scratch," says Ikonen.

"You have to really communicate to fans that this is a mobile game, this is a F2P game, so they don't expect SimCity 2000 on mobile."

This leads into the second major challenge faced by Ikonen during the design of SimCity BuildIt: free-to-play.

"We tried using classic F2P mechanics - energy mechanics, building mechanics - but almost all of them failed because they would have made the game very slow," he recalls.

Almost all of the classic F2P machanics failed.

The final game ended up focusing instead on crafting mechanics, and the project has shaped Ikonen's ideas about free-to-pay monetisation.

You shouldn't offer an ultimatum of "you wait, or you pay," he says.

But it's not just in business model that PC and mobile games differ - there are number of other considerations that impacted BuildIt's design, too.

Looking at the PC versions, with masses of information available on-screen at any one time, Ikonen and his team had to take a different approach.

"We want to support very small screens - how can we fit all that information?" he questions. "If your interface is not able to communicate your design, your design is useless."

Other areas had to be streamlined, too, with issues relating to touchscreen control and session length to consider.

"I was always excited to bring something from the PC game [to BuildIt], and almost every time it failed," he notes.

Sometimes, the issues were more abstract than one would imagine, leading Ikonen to contemplate the very nature of time.

"What is time [in relation to SimCity BuildIt]? We have real time, we have device time, we have city time... what happens when you close the app? Is the simulation still running?"

"What happens if you return after 2 months?" he goes on. "Is it just ruins, every building on fire?"

All ideas the team toyed with, but deemed too harsh to implement. "You can't punish the player too much," he reflects.

Ikonen is particularly proud of the team effort exhibited during the game's development, proof of what he believes is a particularly Finnish refusal to give in.

"The project was so hard, and we kept rebulding and rebuilding, but never did anyone give up or leave," he enthuses.

Indeed, having originally served as the lone game designer on SimCity BuildIt, the project made Ikonen appreciate the power of a team more than ever.

"We realised that one designer can't solve everything, so we changed our team structure - everyone is a game designer, everybody can contribute, everybody can say 'this sucks,'" he explains.

As designers, we don't want to show our baby to anyone until it's perfect - that's so stupid.

However, even with the brutal honesty of the team encouraged, the project also taught Ikonen that often the answers like with the audience rather than the creators.

"[As designers] we don't want to show our baby to anyone until it's perfect - and that's so stupid," he says.

"We had a big user testing round, and we found out that the game sucked. It was so bad. They didn't understand what was going on, the controls, there were so many problems."

"By alpha," he recalls, "we had fixed or adressed almost all of the problems" - which made for a far better game.

As such, his final takeaway is to advocate user testing in the strongest terms possible: "it's all about putting players first."