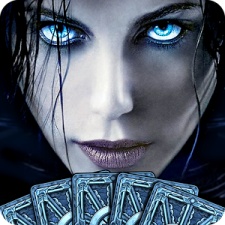 Montreal-based developer Ludia has scooped up the rights to develop and release a mobile game based on the film franchise Underworld.

The studio has just launched a collectible card game for iOS and Android simply called Underworld. A typical CCG, players have the option to choose the side of the Lycans, Vampires or both.

The game has been released ahead of the latest movie in the series, Underworld: Blood Wars, set to hit cinemas on January 6th 2017.

“Ludia is proud to add Underworld to its list of world-renowned entertainment franchises and transform it into a unique collectible card game experience,” said Ludia Games President and CEO Alex Thabet.

“This exceptional game is sure to give avid players an adrenaline boost as they fight their way through real-time battles where only one can survive.”

Ludia is no stranger to big film IP, having working on titles such as Teenage Mutant Ninja Turtles: Legends, Kung Fu Panda: Battle of Destiny and Jurassic World: The Game.

Why Ludia thinks What’s Your Story? can turn a new page in the competitive interactive fiction sector

Jobs in Games: Ludia's Charles Taylor on how to get a job as a Narrative Designer

How to get a job at Montreal mobile games studio Ludia